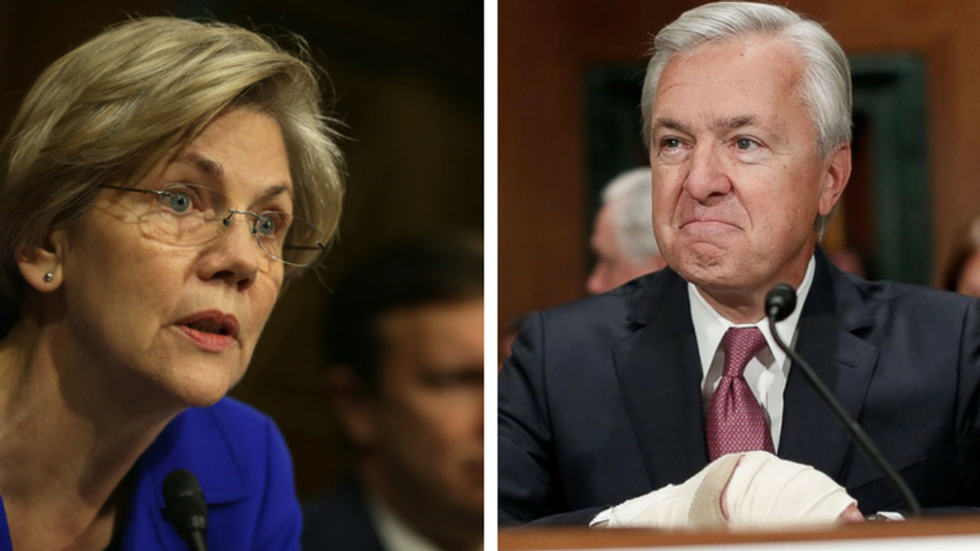 According to a statement from Wells Fargo's board of directors, Stumpf will give up 910,000 shares in unvested stock awards and will not receive a bonus this year. Additionally, the board announced it has hired a law firm to investigate the bank’s sales practices. The members of the board are "deeply concerned" about the scandal and will conduct their investigation "with the diligence it deserves," said Steven Sanger, Wells Fargo's lead independent director. The investigation, said Sanger, could lead to more executives giving up their stock awards and other compensation. (Carrie Tolstedt, the executive in charge of the division where much of the fraudulent activity took place, will not receive a bonus or severance pay, and will give up $19 million worth of stock.) Stump will work for free during Wells Fargo's investigation. The board may claw back other forms of compensation or take "other employment-related actions." However, it is not yet clear, if these "actions" would entail forcing out Stumpf.

A CNN analysis found that Stumpf will leave Wells Fargo with a fortune, even if forced out. Even if Wells Fargo fires Stumpf for violating company policy, he would have to forfeit only a portion of a sum totaling $200 million, a combination of cash, Wells Fargo stock, and options. The report also showed that Stumpf received some bonuses for increasing the number of customer accounts. According to Stumpf's 2015 filings, he received $4 million in awards for, in part, growing "primary consumer, small business and banking checking customers" that year.

Stumpf tried to apologize for Wells Fargo's financial misconduct during his two-hour testimony before the Senate Banking Committee earlier this month. Sen. Elizabeth Warren (D-Mass.) proved to be Stumpf's harshest critic during his testimony. Sen. Warren called Stumpf out for his "gutless leadership" as she took her turn at the podium. "You squeezed your employees to the breaking point so they would cheat customers and you could drive up your stock," she said.

for his role in the scandal. "So, you haven't resigned. You haven't returned a single nickel of your personal earnings. You haven't fired a single senior executive," she said. When Stumpf attempted to deflect direct questions from the Senator, she called for his resignation and claw back of his pay. "This is about accountability. You should resign. You should give back the money that you took while this scam was going on," Sen. Warren continued. "And, you should be criminally investigated by both the Department of Justice and the Securities and Exchange Commission."

Sen. Warren issued a response to the news of Wells Fargo's investigation, saying its “small step in the right direction” does not signal it has accepted full accountability. "Wells employees who failed to meet management's outrageous sales goals were fired,” she said. “But John Stumpf is going to be just fine: He keeps his job and ‎most of the millions of dollars he made while this massive fraud went on right under his nose." She concluded her statement with another call for his resignation.

Another member of the committee, Sen. Sherrod Brown (D-Ohio), praised Wells Fargo for its decision, but said “there are still dozens of unanswered questions.” Sen. Brown said that "we still don't know how many customers were harmed and how long this fraud continued. We also don’t know how many low-paid employees got fired for failing to meet quotas that Wells Fargo now recognizes were too high."

Stumpf will testify before the House Financial Services Committee tomorrow.