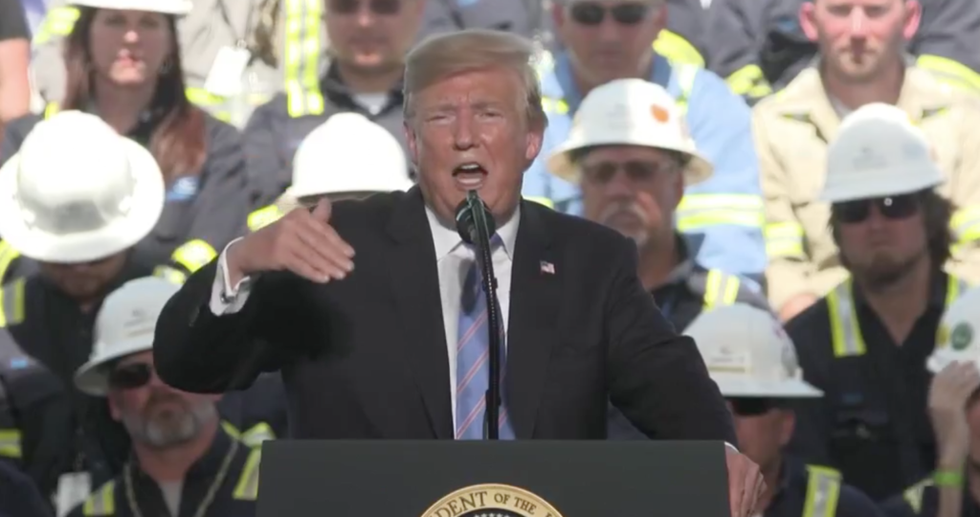 The I-10 Calcasieu River bridge in southwest Louisiana has been fraught with traffic and disrepair for years.

Today, at a chaotic rally for Louisiana energy workers, President Donald Trump promised residents a brand new bridge—after he wins the election in 2020.

Trump promises Louisiana residents a new bridge like it's a gameshow prize or something https://t.co/HG9Ztbtxt6
— Aaron Rupar (@Aaron Rupar) 1557865033.0

“If we win this election, which is just sixteen months away," Trump promised, "we’re giving you a brand new I-10 bridge.” The assurance was met with thunderous applause by attendees.

However, given Trump's track record on keeping promises, many began making a classic joke.

For those unfamiliar, "If you believe that, I've got a bridge to sell you" is a way of calling a claim preposterous. It's derived from conman George C. Parker, who would offer to sell and later accept payment for massive properties—like bridges—that he didn't own.

It isn't the first time Trump has promised to build a structure either. You'll remember that his campaign slogan was "Build the wall." Now people are wondering if Mexico will pay for the bridge as well.