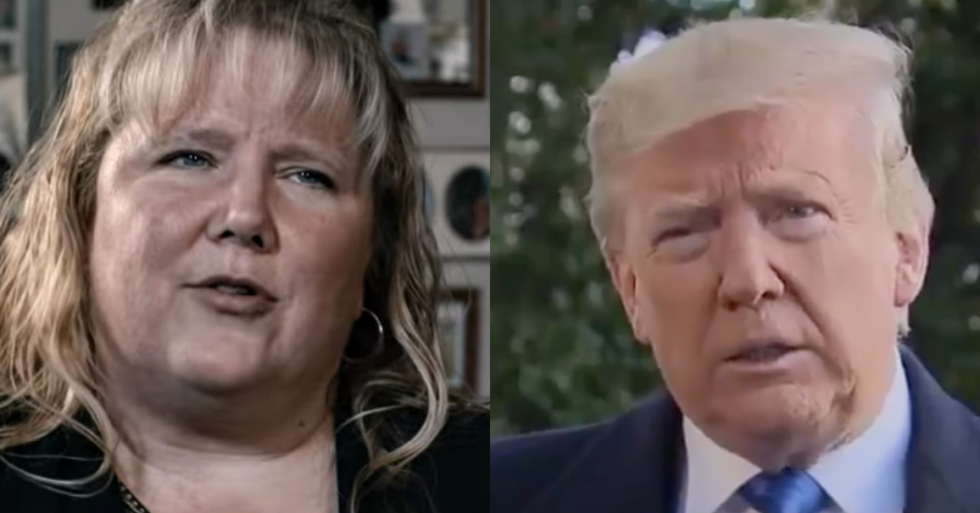 As the race for the White House heats up, political ads will be unveiled in target markets. Three so-called battleground states—Pennsylvania, Wisconsin and Michigan—will soon be seeing a new campaign from American Bridge 21st Century, a liberal political action committee (PAC).

Who better to reach the people in those states than other Pennsylvanians, Wisconsinites and Michiganders? And who better to address voters who support President Donald Trump than people who voted for him in 2016?

The ad campaign features just that, regular people from each state who voted Trump in 2016 explaining why he won't earn their vote in 2020.

So smart for @American_Bridge to run ads featuring good folks who regret voting for @realDonaldTrump. Make it about… https://t.co/FquN7fsBSw
— Paul Begala (@Paul Begala) 1573578521.0

"I'm kind of embarrassed to admit that I voted for Donald Trump at this point."

Watch the ad with Malburg here.

Three months ago, AB-PAC unveiled videos titled "If Trump Wins, ____ Loses" with a version for each of their target states.

But this time there will be no narration or graphics, just real Trump voters explaining why they cannot support him in 2020.

In addition to Malburg, American Bridge also introduced voters to Mark from Pennsylvania...

...as well as David from Eau Claire, Wisconsin.

"While our candidates are fighting for the Democratic nomination, we cannot let Trump have a clear runway to the general election. In 2012, we put Mitt Romney on the defensive from the beginning and he was never able to recover."

"With an arguably smaller map this cycle, we have to compete for every vote, and this early effort will be a critical component of success in November 2020."

Public reaction to the spots is mixed.

@patrickosully @American_Bridge @realDonaldTrump Me too. I think this is an excellent idea.
— Jessica (@Jessica) 1573589637.0

So why these states?

Each supported Trump by less than a point in 2016. However the group may add Florida to their campaign to unseat Trump in 2020.

The book Strangers in Their Own Land: Anger and Mourning on the American Right is available here.