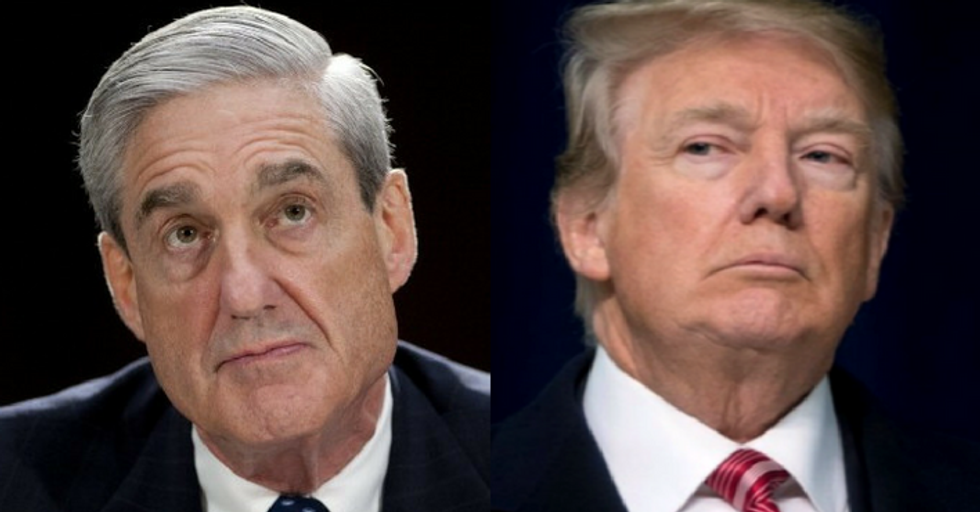 An unsettling new development has emerged in the ongoing negotiations between Special Counsel Robert Mueller and the Trump administration to schedule an interview between the counsel and President Donald Trump.

On Wednesday, Trump's lawyers rejected the latest terms for an interview with the counsel, deeming questions of obstruction of justice off the table and continuing efforts to put forth some answers in writing. Another condition, however, speaks to the little faith Trump's own advisors have that the president can refrain from lying.

The advisors reportedly don't want Trump to testify under oath, fearing that if he did, he'd inevitably lie.

“If you don’t want to accuse someone of perjury, you don’t need to have them answer questions under oath.”

What they’re really trying to do is trap him into perjury, and we’re not suckers.

Giuliani did not address why the president should be concerned about perjuring himself, if Trump is as innocent as he and his administration have frequently claimed.

Hahahaha. How many times has Trump complained about Clinton's FBI interview not being under oath? (And, no, the FBI… https://t.co/ZkrOGjPBUc
— Matthew Miller (@Matthew Miller) 1533759222.0

The fact that Giuliani doesn't want Trump to answer certain questions under oath, means he knows that no matter how… https://t.co/icpvmnzUTR
— Wes Jordan✌💙 (@Wes Jordan✌💙) 1533694065.0

The demand that any statements by the president not be made under oath comes at a time when Trump's lies are increasing ever rapidly.

This may be unsurprising to many. Nearly 70 percent of statements by the president range from mostly false to blatantly false. According to an article in the New Yorker, Trump made 2,140 false statements during his first year in the White House. In the last six months, he's almost doubled that to over four thousand.

Tony Schwartz, the ghost writer for Trump's 1987 book The Art of the Deal, has implied that the president lies so often, he can't even tell when he's doing it. This would explain why Trump, against the caution of nearly everyone on his team, is reportedly eager to sit down with the special counsel, believing he can make his case to Mueller that the investigation into conspiracy with Russia is baseless.

Many Americans are just as eager as Trump for the interview to happen--so eager that they're calling for a subpoena in the face of this latest rejection.

The interview, if it ever happens, is surely to be one of the most climactic moments of many shocking developments over the course of the investigation. Whether Trump will be held under oath remains unanswered as America waits to see what—and who—lies ahead.