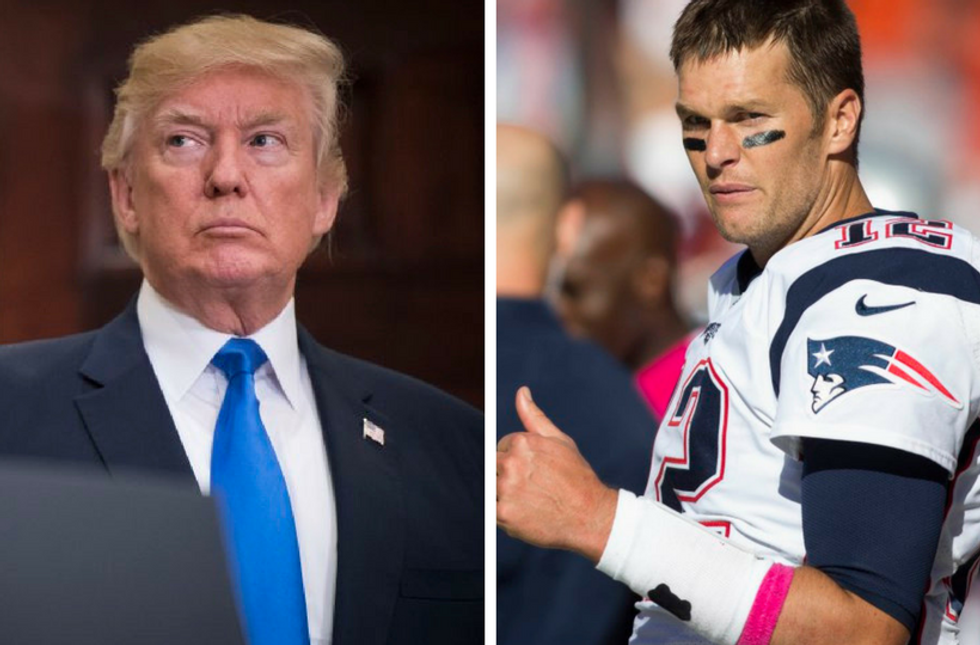 In an interview with Kirk & Callahan on Monday morning, Tom Brady came out strongly against Donald Trump's call to fire NFL players who protest during the national anthem.

“Yeah, I certainly disagree with what he said. I thought it was just divisive."

"I just want to support my teammates. I am never one to say, ‘Oh, that is wrong. That is right.’ I do believe in what I believe in. I believe in bringing people together and respect and love and trust. Those are the values that my parents instilled in me. That is how I try and live every day. I have been blessed to be in locker rooms with guys all over the United States over the course of my career. Some of my great friends are from Florida, Virginia, New York, Montana, Colorado, Texas. The one thing about football is it brings so many guys together — guys you would never have the opportunity to be around. Whether it was in college, and all the way into the pros. We’re all different, we’re all unique. That is what makes us all special.”

Donald Trump sparked the firestorm in a speech on Friday in which he said he would “love to see one of these NFL owners, when somebody disrespects our flag, to say, ‘Get that son of a bitch off the field right now, he’s fired’?”

Trump continued to fan the flames on Twitter over the weekend:

If a player wants the privilege of making millions of dollars in the NFL,or other leagues, he or she should not be allowed to disrespect....
— Donald J. Trump (@Donald J. Trump) 1506190270.0

He even called for a boycott of the NFL.

Great solidarity for our National Anthem and for our Country. Standing with locked arms is good, kneeling is not acceptable. Bad ratings!
— Donald J. Trump (@Donald J. Trump) 1506277235.0

According to the AP, 204 NFL players chose to kneel or completely miss the national anthem during this weekend's games. Here's the AP's breakdown of protests at each game:

— Cleveland Browns at Indianapolis Colts: About 24.

— New York Giants at Philadelphia Eagles: At least three (and three other players raising their fists).

— Denver Broncos at Buffalo Bills: About 35, including Bills RB LeSean McCoy and about half of the Broncos' roster.

— Pittsburgh Steelers at Chicago Bears: The Steelers stayed in the tunnel, although Army veteran Alejandro Villanueva stood outside the tunnel with his hand over his heart.

The protests were not limited to the players. On Saturday in London, Ravens Coach John Harbaugh joined his players, linking arms, in protest. In addition, Jaguars owner Shahid Khan, a prominent Trump donor, locked arms with his players and the Jaguars’ coaches during the anthem.