Even China is Replacing Humans with Robots 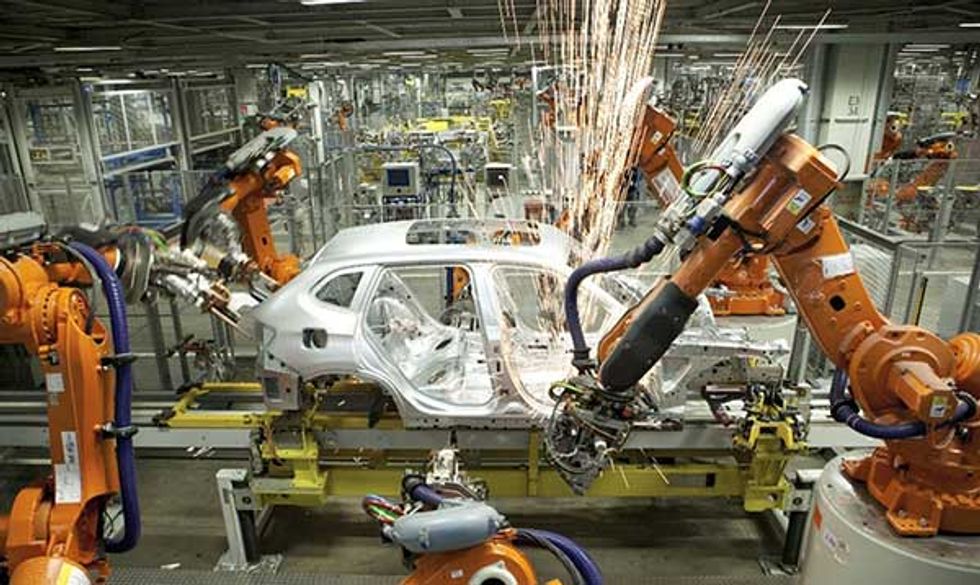 The Changying Precision Technology Company in Dongguan, China recently replaced 590 of its workers — or 90 percent of its staff — with robots. Surprisingly— or not— the company claims production rose by 250 percent.

As for defects? The company assessment is that those were reduced by 80 percent.

What does this mean for humans? Certainly, some jobs face a higher risk of elimination, or rather, transition to robotic employees and machinery.

Factory positions are most at risk of replacement with the robotic alternative. The repetition of many of these jobs makes passage to automation a simple process. For example, repetitive duties requiring constant precision — like building of machine parts — are well-suited for non-thinking entities. Unfortunately, this will displace many sentient folks, who will have to seek new employment in such cases.

In an interview with the People’s Daily, the general manager of Changying Precision Technology Company, Luo Weiqiang, explains their plans to further reduce the number of employees to 20. Even so, the factory is producing more product and with improved quality since the reduction in human staff.

According to a 2013 report from the University of Oxford on the susceptibility of jobs to computerization by Dr. Carl Benedikt Frey and Associate Professor Michael Osborne, there is over 90 percent probability that this will happen. This percentage is based on their own research on recent advances in machine learning and mobile robotics.

Whether humans like it or not, societies around the world will soon see an increase in robotic and automated technology. Human intelligence and versatility — or some form of fixed, passive income on a vast scale — may prove the only saving graces for employment.

As famed economist John Maynard Keynes predicted, widespread technological unemployment “due to our discovery of means of economizing the use of labor outrunning the pace at which we can find new uses for labor” is quickly becoming reality.