Painful to watch, imperative to see. 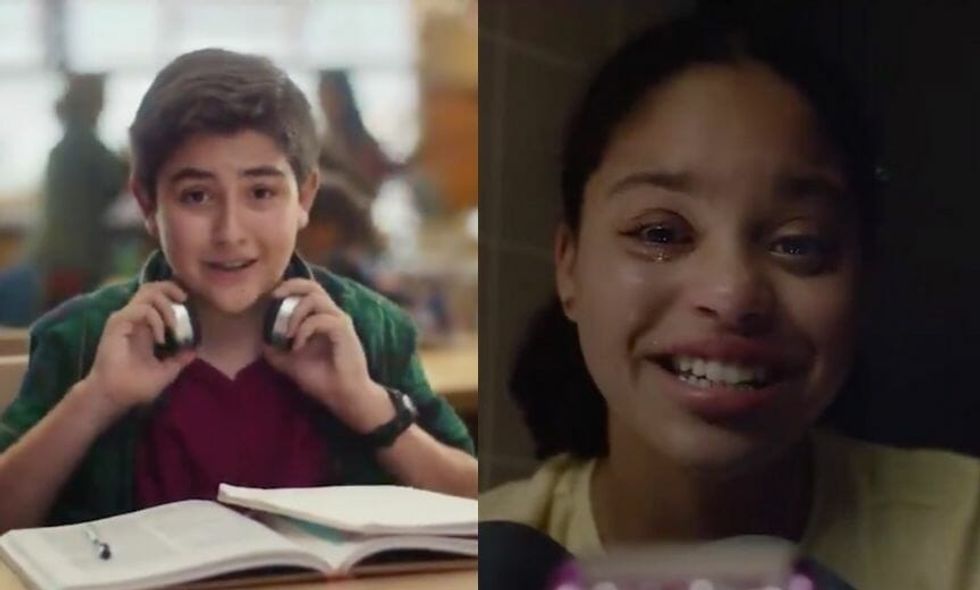 As the United States continues to do nothing against an epidemic of mass shootings, gun reform group Sandy Hook Promise has released a public service announcement framed as a back to school ad that captures a horrific reality faced by American students every day: school shootings.

You can watch the heartbreaking PSA below, but the depiction of gun violence may be disturbing for some viewers.

At first, the video is indiscernible from a typical back-to-school ad, beginning with what a return to education should feel like for children: bright and full of promise.

Things soon take a dark turn as students go from recommending colorful binders for their help with staying organized to recommending sneakers for running from shooters, a sock as a tourniquet for bullet wounds, and—most heartbreakingly—a new phone to tell a parent 'I love you' one final time.

People had visceral reactions to the powerful piece.

The majority-Democratic House of Representatives passed a sweeping gun reform bill in February. Senate Majority Leader Mitch McConnell (R-KY) refuses to bring it to the Senate floor for a vote.

Learn more about what you can do to help prevent school shootings here.