Putin's Latest Accusation Against the U.S. Is Pretty Damn Ironic 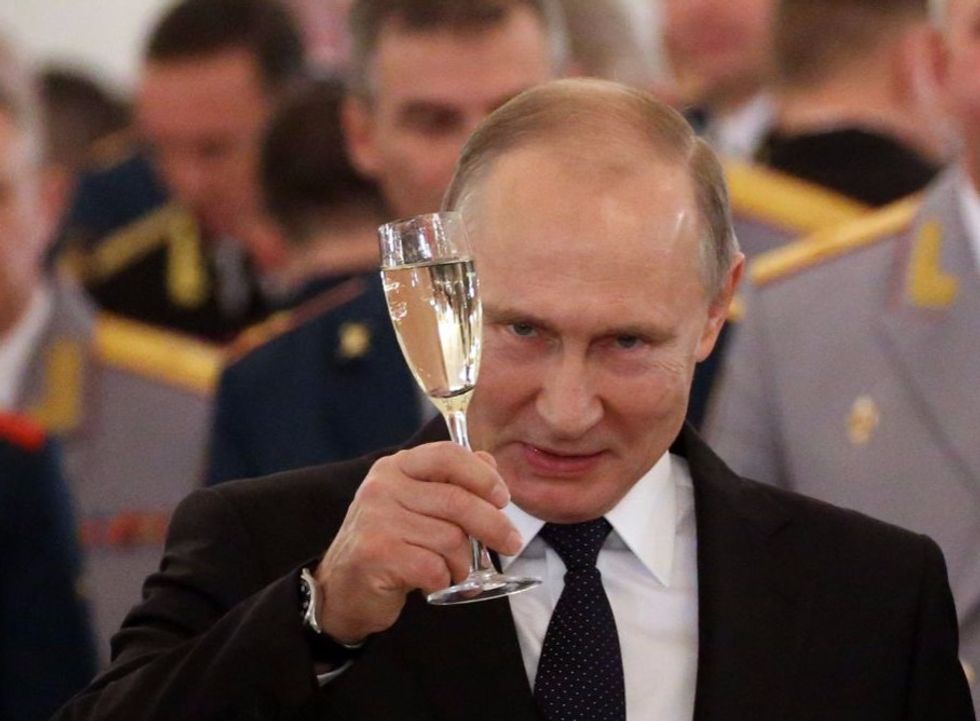 Russian President Vladimir Putin’s government issued a warning to the U.S.: Don’t “meddle” in their country’s upcoming election. Meanwhile a jailed Russian hacker claims, under orders from Russian intelligence, he hacked into Democratic National Committee (DNC) networks and can prove it.

A State Department representative criticized the Russian government’s “ongoing crackdown against independent voices, from journalists to civil society activists and opposition politicians,” according to a statement.

We urge the government of Russia to hold genuine elections that are transparent, fair, and free and that guarantee the free expression of the will of the people, consistent with its international human rights obligations.”

Zakharova accused the U.S. of “meddling” in the Russian election by issuing such statements in a post on her Facebook page.

This statement by the U.S. Department of State, which I’m sure will not be the only one, is a direct interference into the electoral process and the state’s domestic affairs.”

Zakharova’s accusation comes during an ongoing investigation by special counsel Robert Mueller into Russia’s own interference in the 2016 U.S. presidential election.

Konstantin Kozlovsky, currently jailed in Russia, told an independent Russian network in a recent interview that he left a file on the DNC network containing markers to prove he hacked the DNC servers. Kozlovsky, part of a group of hackers arrested by Russian authorities last year, used malware to steal over $25 million from Russian banks.

Specifically, Kozlovsky says he left a .dat file with the number of his visa to Caribbean island St. Martin and his passport number on the DNC’s internal server.