Roseanne Barr Just Let Loose on Alexandria Ocasio-Cortez in an Unhinged Expletive-Laden YouTube Rant, Because Of Course She Did 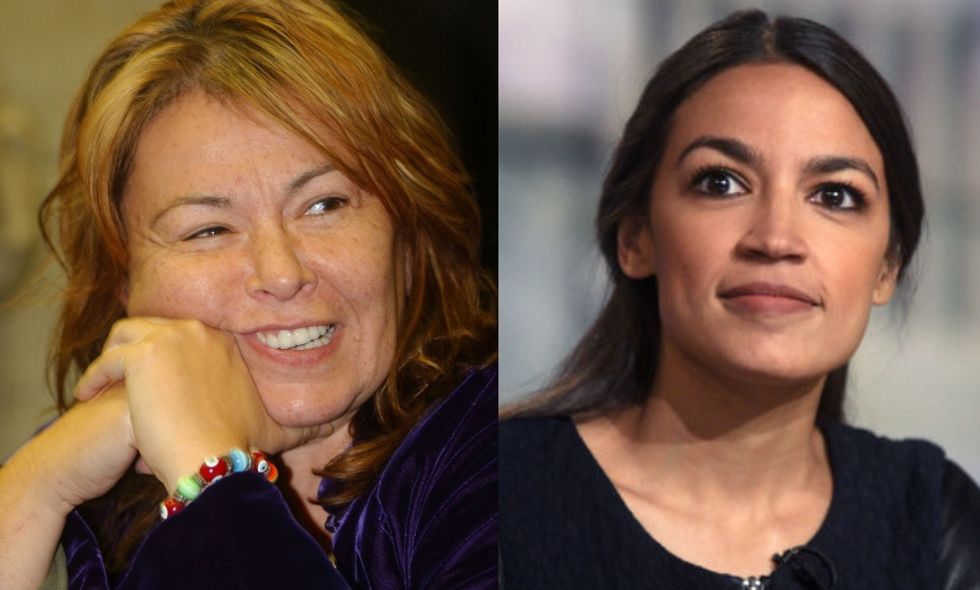 Embattled comedian Roseanne Barr may still be out of a job because of her racist remarks, but that hasn't kept her from broadcasting her opinions.

In a recently posted Youtube video, Barr refers to the congresswoman as a "Farrakhan-loving bitch." She continues:

"I don't even remember her name. The bug-eyed bitch that looks like a realtor...Lefty. Dumb ass. Dumb asses. Dumb as they get."

Barr then accused Ocasio-Cortez of costing people hundreds of jobs, presumably referring to Amazon's recently abandoned plan to build a hub in Queens, New York City. The plan was reviled by the community and Ocasio-Cortez lent her voice to the efforts against it.

Barr also accused the Congresswoman and Democrats of being paid to decimate communities.

It isn't the first time Barr has caused concern since her racist remarks got her fired from her own show.Last summer, Barr uploaded a bizarre Youtube video attempting to justify her remarks, eventually bellowing that she "thought the bitch was white," referring to former Obama advisor Valerie Jarrett.

Many don't intend to forgive Roseanne until they see a change in behavior.

It seems that may be an unrealistic hope.