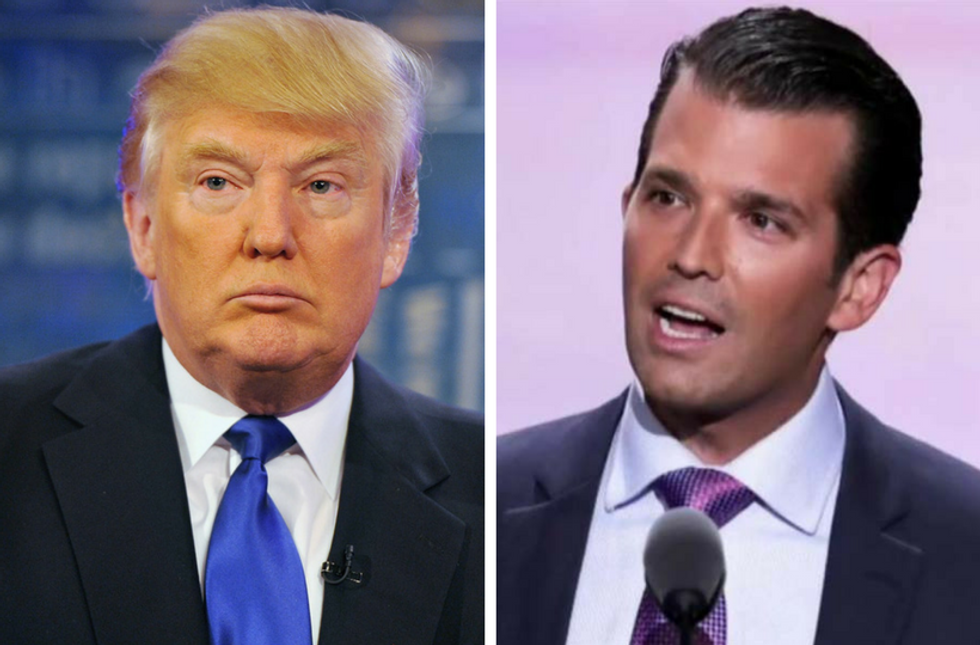 On Monday evening, The Washington Post reported that it was President Trump who dictated Donald Trump, Jr.'s original misleading statement on the controversial meeting he held with a Russian lawyer last June.

As Trump and his team flew back from Germany on July 8th, the President reportedly personally insisted that Don Jr.'s statement to The New York Times claim that the meeting with the Russian lawyer had “primarily discussed a program about the adoption of Russian children” and was “not a campaign issue at the time.”

When Don Jr. released the e-mail chain that led to the meeting days later, it became clear that neither of these claims was factual, but rather the meeting was about getting dirt on Hillary Clinton to help Trump win the presidency.

The New York Times had originally reported that the President had "signed off" on the statement, a claim Trump's lawyer Jay Sekulow dismissed repeatedly.

SEKULOW: The president didn't sign off on anything. He was coming back from the G-20 [summit], the statement that was released on Saturday, was released by Donald Trump Jr. and, I'm sure, in consultation with his lawyers. The president wasn't involved in that.

In addition, Sekulow claimed on Meet The Press that the President had no role in drafting the statement.

According to The Post, this new revelation is causing Trump advisors to fear the President could be subject to legal jeopardy in the Mueller probe.

“This was . . . unnecessary,” said one of the president’s advisers, who like most other people interviewed for this article spoke on the condition of anonymity to discuss sensitive internal deliberations. “Now someone can claim he’s the one who attempted to mislead. Somebody can argue the president is saying he doesn’t want you to say the whole truth.”