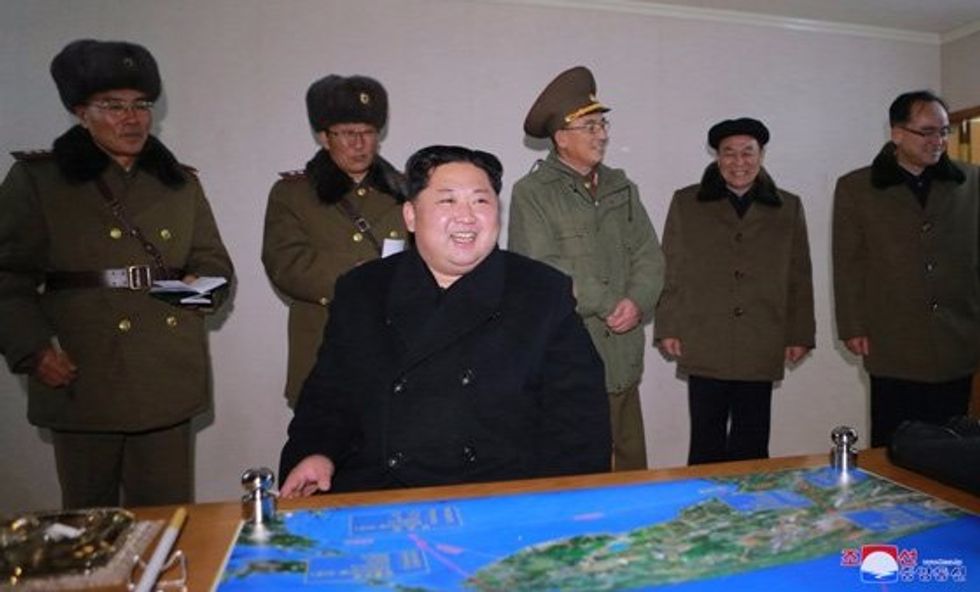 Photos released by North Korea show the launch process supervised by the country’s leader, Kim Jong Un. They reveal the Hwasong-15, a new missile unlike anything seen before from North Korea.

Michael Duitsman, a researcher at the James Martin Center for Nonproliferation Studies, tweeted:

First, this is a very big missile. Quite a bit larger than the Hwasong-14 from earlier this year. https://t.co/vObmjdpYoH
— Michael Duitsman (@Michael Duitsman) 1511999505.0

North Korea already tested intercontinental ballistic missiles, but researchers declared them too small for delivering a heavy nuclear device halfway around the world to the continental US.

Tal Inbar, the head of the space research center at the Fisher Institute for Air and Space Strategic Studies called the reentry vehicle (the tip that returns to earth) on the Hwasong-15 "Amazingly HUGE."

North Korean leader Kim Jong Un made several threats to attack the US mainland in the past.

But Mike Elleman, a leading missile expert, claims despite the missile's size it still probably couldn't send a heavy nuclear warhead as far as the US's east coast.

In a detailed assessment for 38 North, a program of the US-Korea Institute at Johns Hopkins SAIS, Elleman states when North Korea demonstrated the 8,000-mile range of the Hwasong-15 and its other long-range missiles, they "likely carried very small payloads."

Elleman estimates that the new missiles would struggle to reach the US's west coast with an effectively sized nuclear warhead aboard.