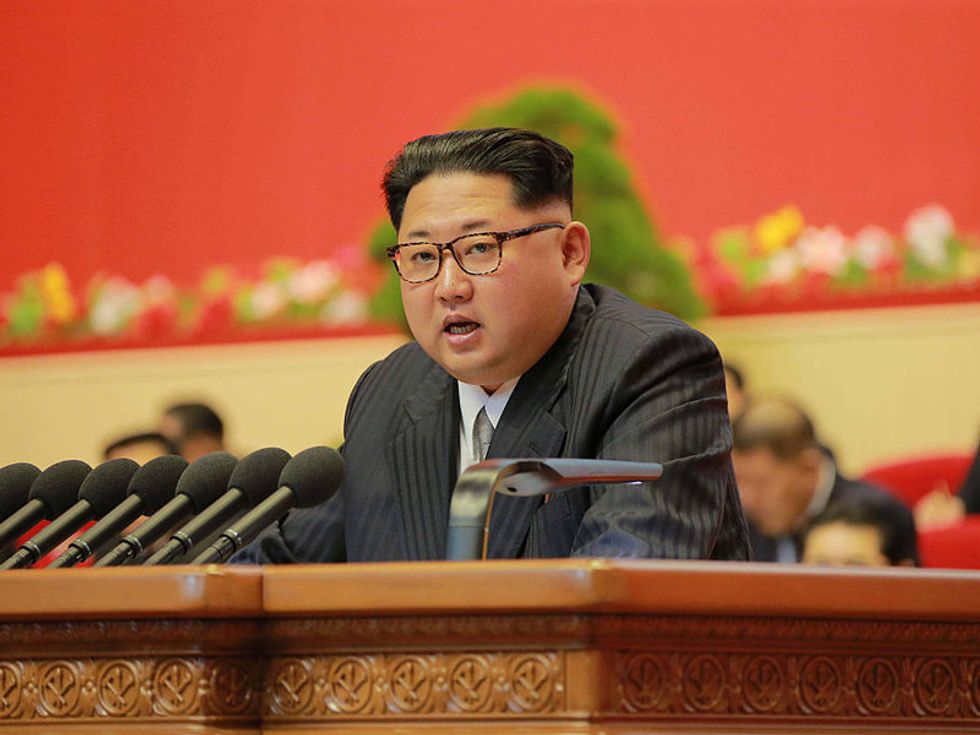 “The situation on the Korean peninsula where the attention of the whole world is focused has reached the touch-and-go point and a nuclear war may break out any moment,” Kim said yesterday, shortly after the United States began joint naval mine warfare drills with South Korea over the weekend and prepared for a Maritime Counter Special Operations exercise beginning tomorrow.

Kim accused the U.S. of escalating tensions due to its failure to adopt the Nuclear Weapons Ban Treaty (NBT) which was approved in July by 122 countries at the United Nations. “As long as the U.S. who constantly threatens and blackmails the DPRK with nuclear weapons rejects the NBT the DPRK is not in [a] position to accede to the treaty,” Kim said.

Kim also referred to his country's nuclear and missile arsenal as "a precious strategic asset that cannot be reversed or bartered for anything." He was firm: "Unless the hostile policy and the nuclear threat of the U.S. is thoroughly eradicated, we will never put our nuclear weapons and ballistic rockets on the negotiating table under any circumstances."

U.S. State Department officials doubled down on Secretary of State Rex Tillerson's commitment to diplomacy "until the first bomb drops," as he said Sunday.

"Our focus is on diplomacy to solve this problem that is presented by the DPRK,” Deputy Secretary of State John J. Sullivan said today, according to Reuters. “We must, however, with our allies, Japan and South Korea and elsewhere, be prepared for the worst should diplomacy fail."

Russian President Vladimir Putin also weighed in, saying that his country will curtail economic, scientific and other ties with Pyongyang in accordance with U.N. sanctions. The European Union also announced new sanctions on Pyongyang for developing nuclear weapons and ballistic missiles.