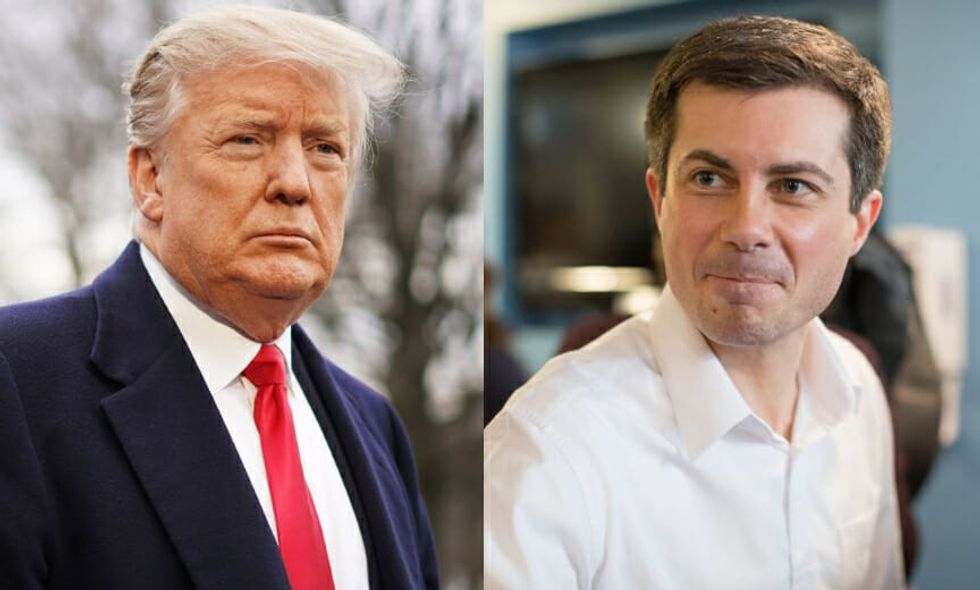 “We have that young man, Buttigieg, boot-edge-edge, they say boot-edge-edge. He’s got a great chance, doesn’t he? He’ll be great representing us against President Xi of China. I want to be in that room, I want to watch that one."

Mayor Pete responded to Trump's doubts with a Chinese proverb that fit the circumstances in more ways than one.

It's a fitting analogy, considering Trump's campaign and presidency have been built on erecting a wall to curtail undocumented immigrants at the southern border of the United States. Trump also frequently chides Democrats' environmental policies and their support of harnessing energy through wind turbines, which he calls "windmills." He infamously claimed that the noise made by the windmills causes cancer.

"You gotta recognize that we need something that is completely different from what is in this White House," Buttigieg continued. "The negotiations that they are conducting, whether it's on trade or things like North Korea, are usually a personal high-wire act with no safety net."

Some alluded to Trump's windmill comments.