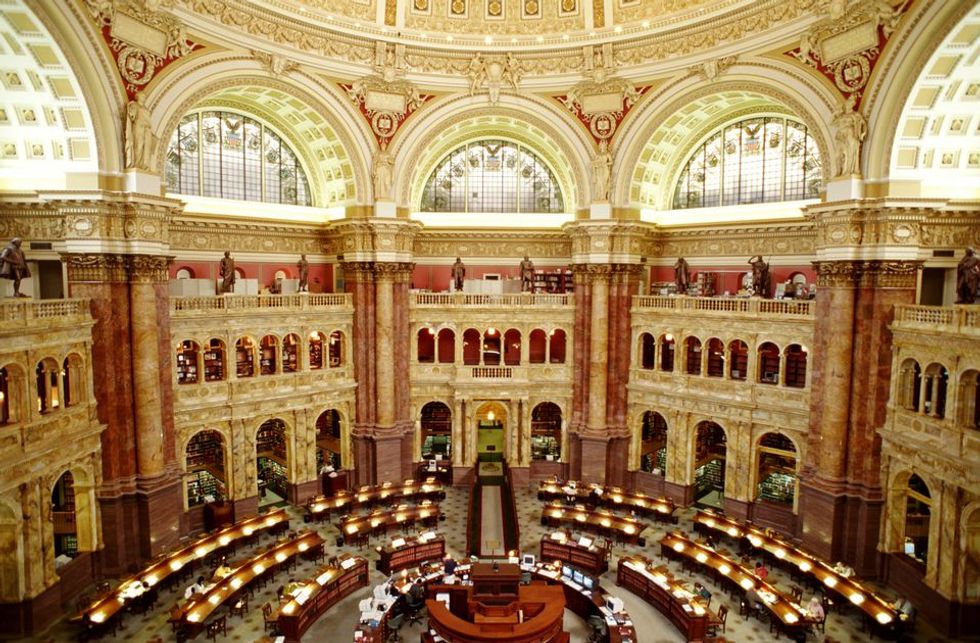 If you haven’t gotten around to setting up your Twitter account yet, you might have missed your chance to have your tweets immortalized in the Library of Congress. The Library announced that beginning January 1, 2018, it will no longer archive every public tweet posted to Twitter.

In 2010, the Library of Congress announced its acquisition of a groundbreaking gift from Twitter—the entire archive of public tweets, beginning with the first tweets of 2006 through 2010.

For your trivia night pursuits, the very first tweet was on March 21, 2006, from Twitter’s C.E.O. Jack Dorsey. The text: “just setting up my twttr.”

Since that initial tweet, the site has grown exponentially and overwhelmingly. The library does not say how many tweets it currently has in its collection, but in 2013 it said it had already collected and archived 170 billion tweets, at a rate of about 500,000 tweets per day. Today, there are about 6,000 public tweets posted every second. While the library does not include private and deleted tweets, or images and embedded videos, that is still a lot of tweets.

So many that it became just too much for the library. It became more and more difficult for the library to archive the amount of data, and it became increasingly wary of the utility of the collection of text-only tweets as the medium became increasingly visual. “[T]he social media landscape has changed significantly” since 2010, the library wrote in a press release, “with new platforms, an explosion in use, terms of service and functionality shifting frequently and lessons learned about privacy and other concerns.”

The library took a decidedly “it’s not you, it’s me” approach to the decision to end the wholesale archive of tweets. “The Twitter Archive may prove to be one of this generation’s most significant legacies to future generations. Future generations will learn much about this rich period in our history, the information flows, and social and political forces that help define the current generation.”

And yet, the library is decidedly “quitting Twitter”: “Effective January 1, 2018, the Library will acquire tweets on a selective basis—similar to our collection of web sites,” the library wrote.

The last 12 years of tweets will continue to be preserved, although the library still has not figured out how to make the archive public.

The tweets collected and archived will be “thematic and event-based, including events such as elections, or themes of ongoing national interest, e.g., public policy.”

Does that mean that the collection will continue to be representative of what Twitter, for all its information flow and generation-defining forces, actually is? Under the library’s selective curation process, would the most retweeted tweet of 2017, a plea for retweets to secure a year’s worth of chicken nuggets, ever make it into the library’s collection?

And if it doesn’t, is that necessarily a bad thing?