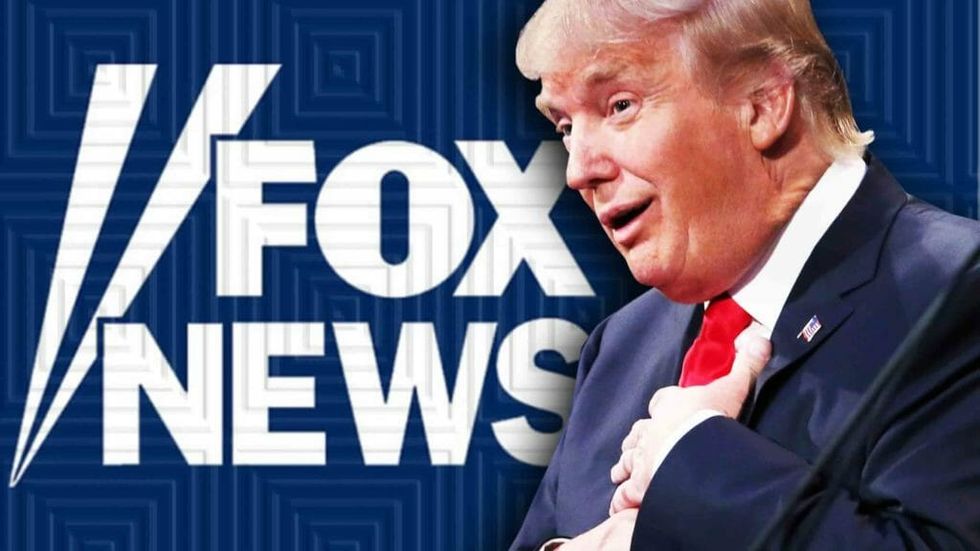 A wealthy supporter of President Donald Trump collaborated with Fox News under the watchful eye of the White House to concoct a story claiming that Seth Rich, a Democratic National Committee staffer, was killed in retaliation for leaking information damaging to Hillary Clinton to Wikileaks, a new lawsuit claims. Rich was killed on a Washington street in the middle of the night last year. The crime remains unsolved. Fox News published the story on May 16 only to retract it later, saying the story didn’t meet its “standards.”

Private investigator Rod Wheeler alleges in his lawsuit that President Trump read the Fox story before publication and gave the green light for the network to falsely quote him in an article which supported the story's premise. Jay Wallace, Fox's President of News, says there was no "concrete evidence" Wheeler was misquoted by the reporter, Malia Zimmerman. The network declined to allow Zimmerman to comment.

Wheeler accuses Ed Butowsky, a wealthy Dallas investor and unpaid Fox commentator, of working in concert with the channel and the White House to frame Rich for the leaks and says Trump wanted the story published to deflect attention from the widening probe into his campaign's ties to Russian operatives.

“One of the big conclusions we need to draw from this is that the Russians did not hack our computer systems and ste[a]l emails and there was no collusion like [t]rump with the Russians,” Butowsky allegedly wrote in emails to Fox News producers and anchors promoting the piece.

Wheeler’s lawsuit includes screenshots of text messages with Butowsky. In an exchange two days before the article was published, Butowsky wrote: “president [Trump] just read the article. He wants the article out immediately. It’s now all up to you. But don’t feel the pressure.”

In a voicemail later that same day, Butowsky allegedly said, "A couple minutes ago I got a note that we have the full, uh, attention of the White House, on this."

According to the lawsuit, Sean Spicer, President Trump's former Press Secretary, met at the White House with Wheeler and Butowsky to review the Rich story a month before Fox News ran the piece. Spicer admitted meeting the two men, but denied the claims about Trump's involvement.

"Ed's been a longtime supporter of the president and asked to meet to catch up," Spicer told NPR on Monday night. "I didn't know who Rod Wheeler was. Once we got into my office, [Butowsky] said, 'I'm sure you recognize Rod Wheeler from Fox News.'"

"It had nothing to do with advancing the president's domestic agenda — and there was no agenda," Spicer continued. "They were just informing me of the [Fox] story." He added that he was not aware of any contact, direct or otherwise, between Butowsky and Trump. (Butowski himself now insists that he never shared drafts of the story with the president or his aides and that he was merely "joking" with a friend.)

In a statement announcing the lawsuit, Douglas Wigdor, an attorney for Wheeler, said, “Fox News was working with the Trump administration to disseminate fake news in order to distract the public from Russia’s alleged attempts to influence our Country’s presidential election... Rod Wheeler unfortunately was used as a pawn by Ed Butowsky, Fox News and the Trump administration to try and steer away the attention that was being given about the Russian hacking of the DNC e-mails."

While Wheeler admits he played a role in furthering the false news story, he claims he regretted his involvement from the moment the story aired. The story spawned several right-wing conspiracy theories about Rich's murder, lending momentum to such outlets as Breitbart News and The Drudge Report. Law enforcement, news agencies, and fact checking websites like Politifact have debunked claims of Rich's involvement with the leaked emails from the Democratic National Committee.

"Seth would be so offended at anyone thinking anything less of him, of caring for other people, of caring for America," Rich's mother, Mary, said in a statement last year.