After John Bolton Returned to Twitter With a Cryptic Message, He's Now Explaining Why He Hasn't Tweeted for So Long 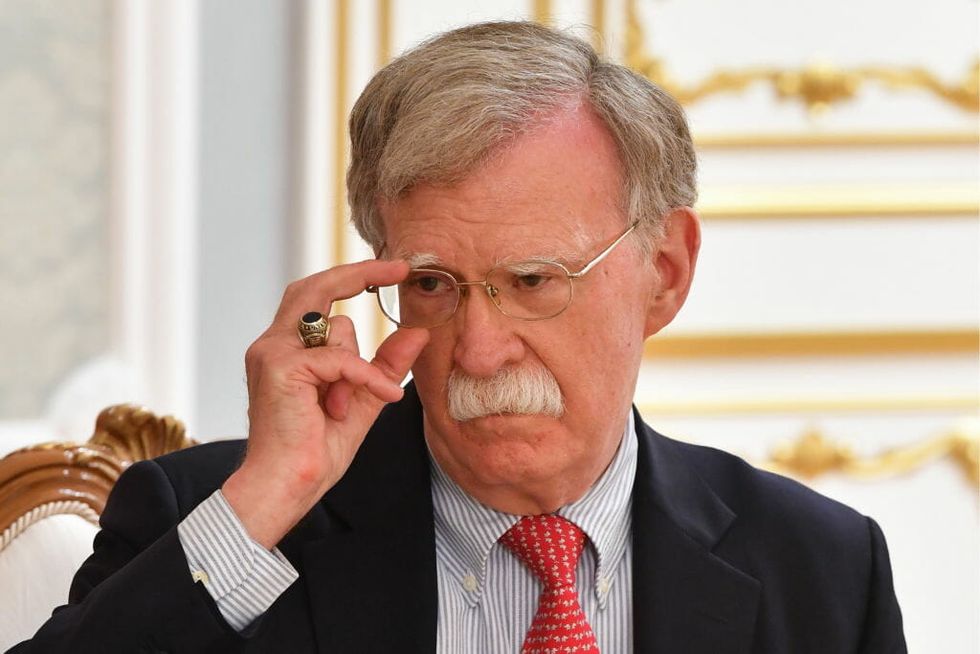 Former National Security Advisor to President Donald Trump resigned in September, but he's been back in the news the past few weeks after testimony from diplomat Dr. Fiona Hill in the impeachment inquiry against Trump.

Dr. Fiona Hill testified in a closed-door hearing that Bolton said to her:

“I am not part of whatever drug deal Sondland and Mulvaney are cooking up.”

“Giuliani’s a hand grenade that’s gonna blow everybody up.”

This revelations along with other testimony implicating Bolton have lead to growing calls for Bolton to testify before the House Intelligence Committee overseeing impeachment.

Which he soon began elaborating on:

We have now liberated the Twitter account, previously suppressed unfairly in the aftermath of my resignation as Nat… https://t.co/iSYzbiuYst
— John Bolton (@John Bolton) 1574436671.0

Re: speaking up -- since resigning as National Security Advisor, the @WhiteHouse refused to return access to my per… https://t.co/rfCvzMPZ2x
— John Bolton (@John Bolton) 1574447644.0

According to Bolton, the White House denied him access to his Twitter. He further implied that the White House was scared of what he might say and asserted that he hadn't gone into hiding.

But it's not Bolton's silence on Twitter that's concerning Americans. It's his silence throughout the impeachment proceedings.

@AmbJohnBolton @WhiteHouse Your employees have testified and been vilified for telling the truth. Are you going to support them or not?
— Chris Barton (@Chris Barton) 1574448973.0

@AmbJohnBolton @WhiteHouse Here’s an idea. If you want to prove it you’re better than Trump, don’t tweet your position, testify as to it
— Howard (@Howard) 1574448712.0

@AmbJohnBolton @WhiteHouse This is cool and all, but could you maybe actually help us out with this crisis or something?
— mikey babb (@mikey babb) 1574448386.0

@AmbJohnBolton @JohnJHarwood @WhiteHouse I don't believe a word that you say Mr Bolton regarding the WH refusing to… https://t.co/YQEF8IFCt7
— Stephen Elpop (@Stephen Elpop) 1574448292.0

Bolton has previously said he wouldn't testify without being subpoenaed by Congress—a subpoena Congress has been hesitant to deliver for fear of it being contested by the White House and subsequently held up in court.