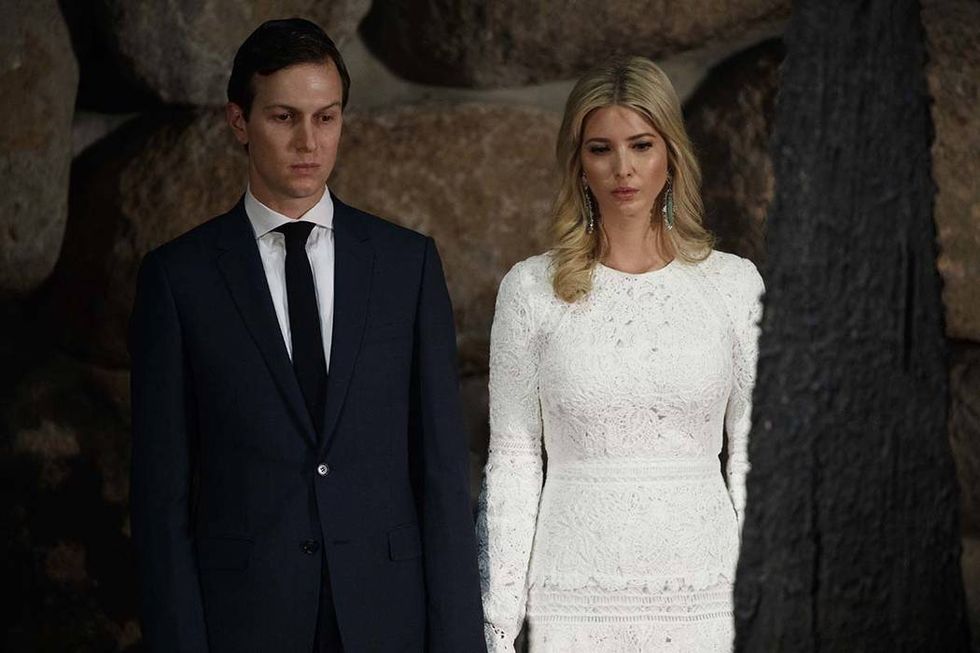 Jared Kushner, President Donald Trump's son-in-law and senior adviser, said in a statement today to the Senate and House intelligence committees that he has had only “limited contacts” with Russian representatives and denies colluding with the Russian government to impact last year's presidential election.

“I did not collude, nor know of anyone else in the campaign who colluded, with any foreign government,” Kushner writes. “I had no improper contacts. I have not relied on Russian funds to finance my business activities in the private sector. I have tried to be fully transparent with regard to the filing of my SF-86 form, above and beyond what is required. Hopefully, this puts these matters to rest."

Kushner's 11-page statement is his first public accounting of what he says are his four meetings with Russians during the 2016 campaign and transition. He writes that his first meeting with a Russian official was in April 2016 at the Mayflower Hotel in Washington, where his father-in-law delivered a speech on foreign policy. He credits the event’s host, Dimitri Simes, publisher of TheNational Interest, a foreign policy magazine, with introducing him to four ambassadors at the reception. One of these ambassadors was Sergei Kislyak, then the Russian ambassador to the United States.

Kushner does not name the other three ambassadors in his statement:

With all the ambassadors, including Mr. Kislyak, we shook hands, exchanged brief pleasantries and I thanked them for attending the event and said I hoped they would like candidate Trump’s speech and his ideas for a fresh approach to America’s foreign policy. The ambassadors also expressed interest in creating a positive relationship should we win the election. Each exchange lasted less than a minute; some gave me their business cards and invited me to lunch at their embassies. I never took them up on any of these invitations and that was the extent of the interactions.

Kushner also disputes a Reuters report claiming he had two phone calls between April and November 2016 with Kislyak. He says he has no recollection of those calls. “We have reviewed the phone records available to us and have not been able to identify any calls to any number we know to be associated with Ambassador Kislyak and I am highly skeptical these calls took place," he writes.

Kushner then met with Kislyak during the transition. At the time, Kislyak offered to provide transition officials with Russian military information on the Syrian conflict. That meeting, which included Sergey Gorkov, the head of a state-owned Russian development bank, ignited controversy after a report revealed that Kushner purportedly suggested establishing a secure communications line between Trump officials and the Kremlin at a Russian diplomatic facility. Kushner denies the allegation:

I did not suggest a ‘secret back channel.' I did not suggest an on-going secret form of communication for then or for when the administration took office. I did not raise the possibility of using the embassy or any other Russian facility for any purpose other than this one possible conversation in the transition period.

Kushner also sought to distance himself from a bombshell report that the president’s son, Donald Trump Jr., revealed that he met with a Russian lawyer during the presidential campaign. An intermediary for the lawyer promised damaging information about Hillary Clinton, the Democratic opponent. Trump Jr.’s emails contradict months of denials by the Trump administration of any collusion with Russian operatives. Kushner describes attending the meeting, noting that he arrived late and that when he got there, the Russian lawyer was discussing a ban on U.S. adoptions of Russian children.

“I had no idea why that topic was being raised and quickly determined that my time was not well-spent at this meeting,” Kushner writes. “Reviewing emails recently confirmed my memory that the meeting was a waste of our time and that, in looking for a polite way to leave and get back to my work, I actually emailed an assistant from the meeting after I had been there for 10 or so minutes and wrote, ‘Can u pls call me on my cell? Need excuse to get our [sic] of meeting.’”

Kushner's disclosure amendments found themselves in the headlines once again after a weekend Wall Street Journal report claimed he did not disclose loans totaling at least $1 billion from more than 20 lenders to properties and companies of which he has partial ownership. The report notes that Kushner also provided personal guarantees on more than $300 million of these debts. This disclosure detailed more than 70 assets that his attorneys said he had inadvertently left out of earlier filings. Kushner's past and current investments include a real estate trading platform now valued at $800 million. He and his wife, Ivanka Trump, disclosed that their contemporary art collection is valued at between $5 million and $25 million.

Kushner and Ivanka Trump “followed each of the required steps in their transition from private citizens to federal officials," said their attorney, Jamie Gorelick, in a statement. “The Office of Government Ethics has certified Jared’s financial disclosure, reflecting its determination that his approach complies with federal ethics laws,” she added, noting that the agency is still reviewing Ivanka Trump's financial disclosure, which was filed last month.