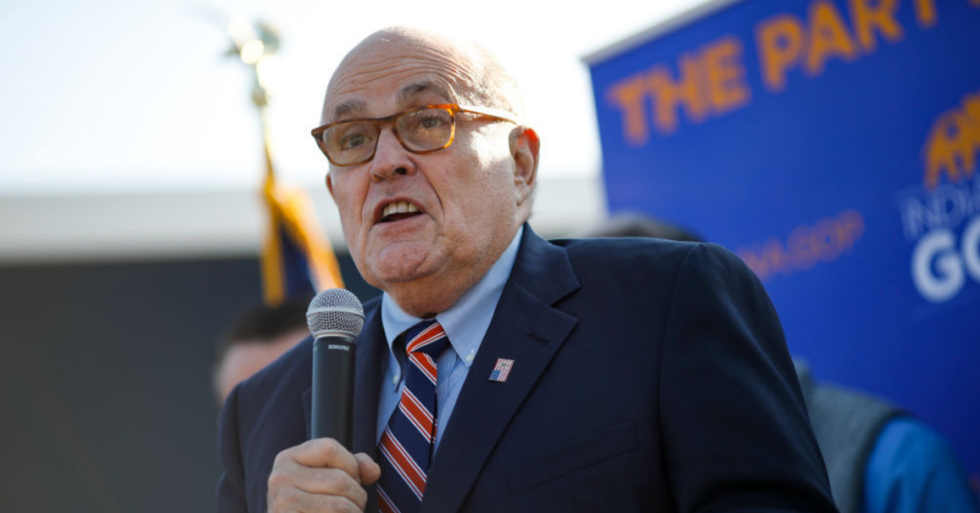 Presidential attorney Rudy Giuliani announced he plans to travel to Kiev, Ukraine, to meet with Volodymyr Zelensky, the nation's president-elect, in the hopes of persuading him to continue investigations that President Donald Trump and his allies believe will yield information that would help Trump's 2020 election bid.

Giuliani said he hopes the investigations figure out the origin of Special Counsel Robert Mueller's investigation into Russian interference. Additionally, the Trump administration wants to know the extent of the involvement of former Vice President Joe Biden’s son, Hunter, in a Ukrainian oligarch’s gas company. Trump allies allege Biden pressured the Ukrainian government to dismiss a prosecutor who was investigating his son. Biden has denied the allegation.

“There’s nothing illegal about it. Somebody could say it’s improper. And this isn’t foreign policy — I’m asking them to do an investigation that they’re doing already and that other people are telling them to stop. And I’m going to give them reasons why they shouldn’t stop it because that information will be very, very helpful to my client, and may turn out to be helpful to my government.”

“It is a big story. It is a dramatic story. I guarantee you, Joe Biden will not get to Election Day without this being investigated," Giuliani told Fox News personality Laura Ingraham during an appearance on The Ingraham Angle after the Times story was published.

Giuliani evoked the name of George Soros, whom conspiracy theorists on the right believe is a "puppetmaster" behind major global and economic events, in explaining the reasons for the trip.

"My aim is to make sure that Soros' representatives, who have a lot of influence in that government, and a very highly corrupt Ukrainian who actually participated in creating a false document about [former Trump campaign manager] Paul Manafort, actually, he has been found guilty of that by the Ukrainian court... that they do not prevent the continuation of this investigation.”

The news of Giuliani's trip comes after the Trump administration spent much of the last two years denying allegations that it conspired with a foreign power, and Giuliani says his trip to Ukraine has President Trump's full support, though he declined to say whether he'd briefed the president ahead of time.

“He basically knows what I’m doing, sure, as his lawyer," Giuliani said.

The announcement, nevertheless, has outraged critics who say the Trump administration is now openly attempting to thwart the notion of a free and fair 2020 election cycle.

There is something refreshing about the Trump campaign now just openly working with a foreign government to win re-… https://t.co/GgGRfXXXoR
— Sam Stein (@Sam Stein) 1557452146.0

If you're running an ethically dubious, supposedly clandestine attempt to pressure a foreign government to help you… https://t.co/SvDhun0rzc
— David Frum (@David Frum) 1557452318.0

I know we’ve become numb to the corruption of this Administration, but this story should be the total focus of the… https://t.co/BtlUnAEfLu
— Chris Murphy (@Chris Murphy) 1557490954.0

“This is the first instance of which I am aware in which a private lawyer for the president of the United States has, in his own words, ‘meddled’ in a foreign criminal investigation of a third party in order to politically benefit the president," said Tim Meyer, an international law expert at Vanderbilt University.

“Mr. Giuliani’s actions undermine the longstanding U.S. foreign policy of promoting the rule of law in Ukraine generally and in the Ukrainian general prosecutor’s office specifically.”