Think Your Dating History Is Bad? Check Out These Killer Zombie Beetles. 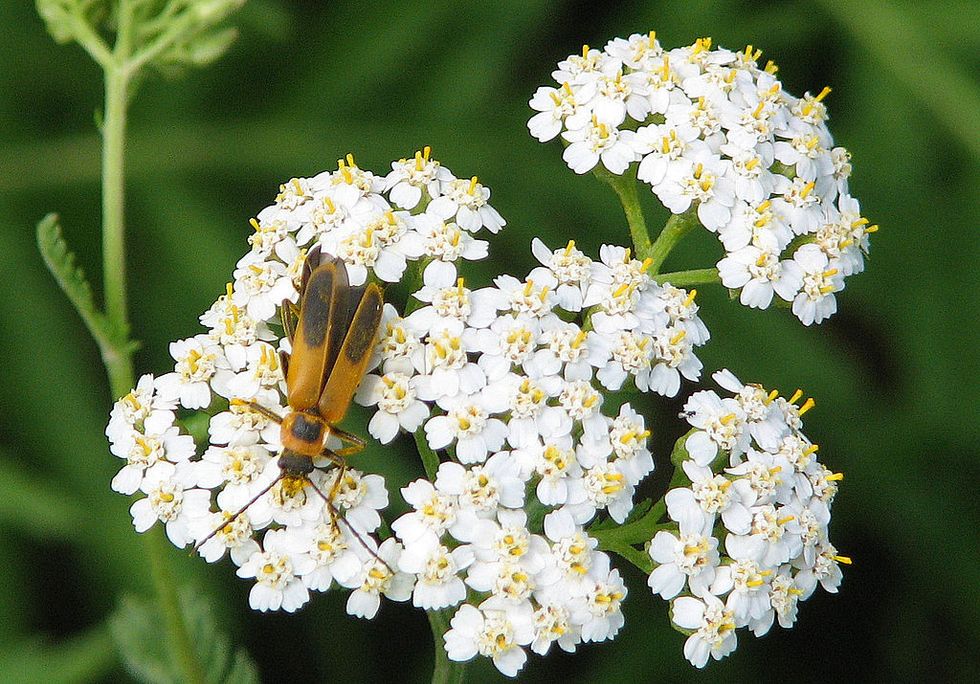 You’ve probably heard some bad pickup stories in your time. But even at their very worst, these stories probably didn’t end with the recipient being turned into a contagious fungus-infused zombie.

Not so with the goldenrod soldier beetles, which are susceptible to a fungus called Eryniopsis lampyridarum. When infected with the fungus, the beetle will clamp its jaws onto certain flowers and die. These flowers just happen to be where other beetles like to eat and mate. Hours after its death, while still stuck to the flower, the beetle’s wings will snap open, exposing the spores to the air—and to other beetles.

These “zombie beetles” were studied by a team from the University of Arkansas and Cornell University. The team collected 446 specimens, of which twenty percent had been infected with the fungus.

Their experiments show that a beetle can become infected when fungal spores attach to its body. The spores then begin to germinate and break through the bug’s exoskeleton, eventually growing inside the body. The fungus later “orders” the beetle (likely through the use of chemical signals) to climb the flower and bite into it before death—“the same flowers that healthy beetles are visiting to eat pollen and mate,” said Donald Steinkraus of the University of Arkansas, who is the study’s lead researcher.

After 15 to 22 hours, the wings unfold, allowing the spores to escape from the beetle's abdomen. The timing seems to be tied to the optimal time of day for the spores to survive, which is when relative humidity is higher. Said Steinkraus, the beetle “hangs there all day, and the following night, at about 2 a.m., the fungus begins to grow out of the dead beetle’s abdomen. At this time, the dead beetle opens its closed wings, expanding them as if in flight. This exposes the fungal spores.”

It also may serve another purpose. The raised wings and swollen abdomen make the beetle look bigger, which helps attract potential mates. Indeed, male beetles have been seen having sex with dead female zombie beetles.

“This would be like a person infected with a virus, who deliberately sought out a singles bar, grabbed hold of the bar with their teeth, and died there, where healthy humans would be exposed to infective virus particles,” said Steinkraus.

While thankfully humans don’t have to worry about being turned into bar-gripping zombies, fungus can act in similar ways in humans. “Microorganisms that cause disease in animals evolve strategies to maximize their chances of surviving by infecting more hosts,” said Steinkraus. “Similar things occur even in humans, where a pathogenic (disease-causing) microorganism can affect the human host to aid in the pathogen’s spread and survival.”

The study was published in the Journal of Invertebrate Pathology.