You Really Can Die of Happiness 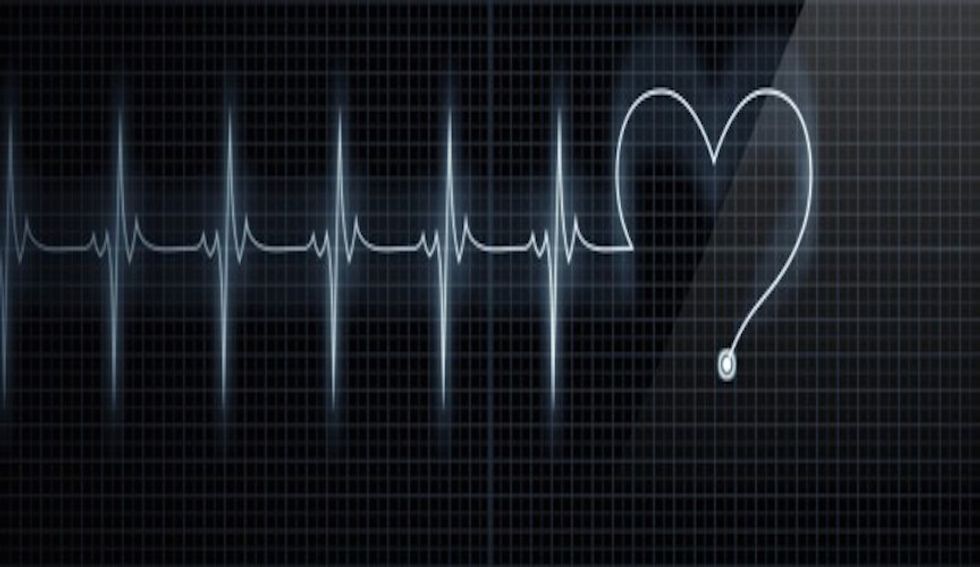 You’ve heard it before. Your friends just got engaged, or landed a dream job or found out they’re going to be parents, at last. “I’m so happy I could die!”

We smile at those comments and dismiss the hyperbole, but here’s the catch: Though it’s seldom life-threatening, too much happiness could kill you.

Researchers have shown that our emotional state affects not just whether we get sick, but whether we live or die. But until now, only negative emotions were implicated, such as those associated with stressful life events like divorce or the death of a loved one. Indeed, a study published in March in the journal Open Heart analyzed the records of more than 88,000 heart patients in Denmark and found further evidence that a broken heart can be fatal.

The study found that for one year after losing a spouse or partner, the surviving partner had an increased risk of atrial fibrillation – changes to the heart’s rhythm that can lead to a life-threatening stroke or heart failure – especially when the loss was unexpected.

And then there’s the disease named after an octopus trap, whose symptoms mirror those of a heart attack.

People who have takotsubo cardiomyopathy – conservatively estimated at one to two percent of patients who show up at the hospital with the symptoms of a heart attack or other acute coronary syndrome – experience a temporary weakening of the left ventricle, the heart’s main pumping chamber. The ventricle takes on an unusual shape: a narrow

upper portion and enlarged lower portion that resembles the ceramic Japanese fishing pot used to trap octopus, or tako-tsubo, from which the disorder takes its name.

Because it is generally set off by severe stress, this heart disorder – which almost exclusively affects women over 50 – is more popularly referred to as broken heart syndrome.

But what does that have to do with happiness?

Well, it turns out that stress isn’t the only trigger for takotsubo syndrome.

In March, the European Heart Journalpublished a study finding that takotsubo isn’t only for the broken-hearted. It can also be triggered by a joyous occasion. The study shows these can range from a wedding or a birthday party to seemingly more mundane events like a visit from your favorite nephew or watching your team win a game.

“We have shown that the triggers for TTS [takotsubo syndrome] can be more varied than previously thought,” said Dr. Jelena Ghadri, the lead author of the study and the study coordinator and co-investigator at University Hospital Zurich’s Cardiovascular Center. “A TTS patient is no longer the classic ‘broken hearted’ patient, and the disease can be preceded by positive emotions too.”

Ghadri and the other researchers examined the records of 1,750 takotsubo patients treated

between 2011 and 2014 to find out what they said had precipitated the symptoms that had brought them to seek medical care.

Ghadri and her colleagues found that of the 485 patients who presented with an emotional incident – but no physical event – leading to a takotsubo episode, 4 percent could be classified as “happy hearts” and the rest as “broken hearts.”

The researchers speculate that when the precipitating event is happy, it may take more potent stimuli than with a negative event to induce enough of an emotional response to affect the heart, but they add that more research is needed.

One limitation of this study is the small number of people who have sought medical care for their overly happy hearts. The data are derived from the largest study on takotsubo syndrome worldwide, which includes 1,750 takotsubo cases. Yet the study’s findings of happy heart syndrome are based only on 20 happy heart cases, or 1 percent of all takotsubo cases in the registry. In addition, it’s difficult, if not impossible, to verify that the happy event described caused the TTS episode.

The patient records were culled from the International Takotsubo Registry, which was founded in 2011 at the University Hospital Zurich, the leading hospital of a consortium of about two dozen medical centers around the world that collaborate on the registry.

had their hearts broken to have broken heart syndrome, said Ghadri.

“Clinicians should be aware of this and also consider that patients who arrive in the emergency department with signs of heart attacks, such as chest pain and breathlessness, but after a happy event or emotion, could be suffering from TTS just as much as a similar patient presenting after a negative emotional event,” she said. “Our findings broaden the clinical spectrum of TTS. They also suggest that happy and sad life events may share similar emotional pathways that can ultimately cause TTS.”

More than 90 percent of reported takotsubo cases are in women ages 58-75. But that does not mean women over that age or their loved ones should live in fear that a surprise birthday party could lead to their death

The good news is that while takotsubo syndrome can have potentially life-threatening complications, those affect only a small subset of patients. In most cases, the prognosis is good and the heart dysfunction reversible, with abnormalities fading within a few weeks.

Still, it’s important to get immediate medical care, both because takotsubo can be life-threatening in its acute phase and because the same symptoms – including chest pain, shortness of breath and an abnormal EKG – can signal another life-threatening situation: a heart attack, which is much more common.

The hallmark octopus trap-shaped ballooning, lack of artery obstruction and, later, a rapid

recovery are among the ways doctors can differentiate between takotsubo and a heart attack.

In addition to stressful or joyous events, previous research has found that less common takotsubo triggers can include cocaine use, opiate withdrawal and being struck by lightning.

And a 2009 analysis of Italian heart patients found that there is a seasonal component to the disorder. Takotsubo, it turns out, is most prevalent in July and least common in March, according to a report in the Journal of the American College of Cardiology. The heart condition is also more likely to strike in the morning than at other times of day, the study found, though the reasons for these cycles are unclear.

Takotsubo was first identified in Japan in 1990 by Japanese doctor Hikaru Sato and colleagues and has since become a widely-recognized disorder by scientists around the world, with the number of scientific articles on the topic rising sharply in the mid-2000s.

But there are still a lot of things about takotsubo syndrome that researchers don’t know, primarily how it works – why does strong emotion cause part of the heart to balloon? – and why it predominantly affects women. There has been a lot of conjecture, however.

One theory is that postmenopausal women are more prone to the disease because of their reduced estrogenlevel. Estrogen may play a role in keeping blood vessels flexible, but the American Heart Associationcautionsagainst using hormone therapy to reduce heart disease risk because there is no consensus that it would help.

A 2008 study in Circulationsuggeststhat a toxically high level of catecholamines – hormones like adrenaline, norepinephrine and dopamine, released in times of stress – go to

the blood vessels and the heart. The study finds that in postmenopausal women, the loss of estrogen might reduce the production of substances that protect the heart.

Anotherstudy, published in the Texas Heart Institute Journal, noted excessive levels of catecholamines observed in takotsubo patients have also been shown to damage the muscular tissue of the heart.

As for Ghadri and her fellow happy heart researchers, they are attempting to better understand the relationship between the heart and the brain, the European Society of Cardiology said.

To do so, they are using functional MRI to examine what exactly happens in the parts of the brain involved in processing emotions, reactions and behavior, including the amygdala and prefrontal cortex.

Earlier imaging studies have revealed that specific areas of the brain associated with processing emotions are activated when people feel emotions such as happiness, sadness, and fear (though not disgust or anger), the researchers said in the happy heart study. They noted that the amygdala had recently been implicated in processing pleasant emotions like happiness as well as negative emotions.

Dr. Christian Templin, the principal investigator at University Hospital Zurich’s Cardiovascular Center and one of the study authors, suggested that the broken heart and happy heart variations of takotsubo syndrome may ultimately work the same way.

“We believe that TTS is a classic example of an intertwined feedback mechanism, involving the psychological and/or physical stimuli, the brain and the cardiovascular system,” said Templin. “Perhaps both happy and sad life events, while inherently distinct, share final common pathways.”