Tapeworms May Now Come with Your Sushi 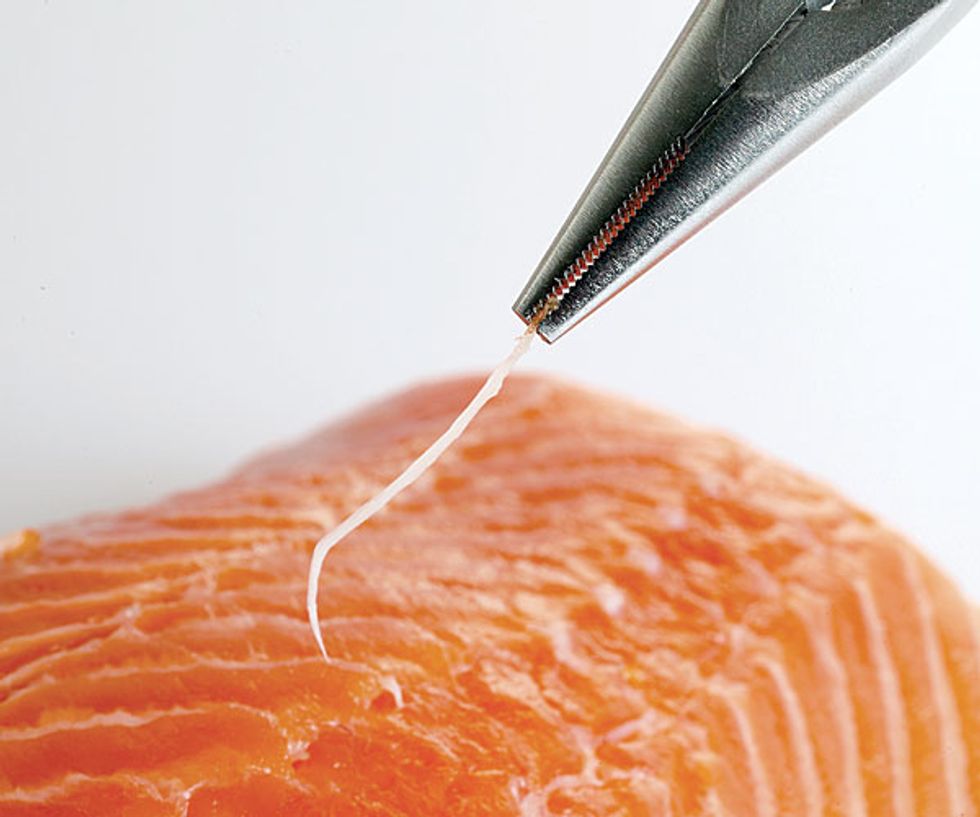 Adventurous diners may want to think twice before ordering that salmon sashimi.

Researchers have discovered Japanese tapeworm larvae, originally thought to only infect fish caught in Asia, in salmon harvested off the coast of Alaska.

According to a study published this month by Emerging Infectious Diseases by the Centers for Disease Control and Prevention, salmon caught throughout the Pacific Coast region may harbor the parasite.

Scientists identify the organism found in the fish as the Japanese broad tapeworm, Diphyllobothrium nihonkaiense. It’s the second most common cause of tapeworm infection in humans; since the D. nihonkaiense’s discovery in 1986, it’s believed to be the culprit in approximately 2,000 illnesses throughout Asia, though the study says this number is most likely under-reported. The first North American infection occurred in 2008.

As part of the study, starting in 2013 researchers from the Academy of Sciences of the Czech Republic and Alaska Department of Fish and Game together examined thinly sliced filets from 64 wild-caught Alaskan salmon under a microscope. They found several tapeworms between 8 and 15 millimeters long, and through gene sequencing were able to identify one of them as D. nihonkaiense.

“North America may represent a source of human infection," the scientistsnotein the study. "Because Pacific salmon are frequently exported unfrozen, on ice, [Japanese broad tapeworm larvae] may survive transport and cause human infections in areas where they are not endemic, such as China, Europe, New Zealand and [the] middle and eastern United States."

The study included samples from chinook, coho, pink and sockeye salmon, plus rainbow trout, but researchers point to chum, masu, pink and sockeye as the species most commonly responsible for parasitic transmission.

Though tapeworm infection remains rare in the U.S., it’s an affliction that can “have a substantial emotional impact on patients and their families,” says Roman Kuchta, lead author of the study and a researcher at the Czech Academy of Sciences.

Diphyllobothrium species have been known to grow up to 30 feet long, and infection in the body is, experts say, unmistakable. "The reason you know you have tapeworms is you look in your stool and you find bits of tapeworm floating in the water," Dr. William Schaffner, professor of preventive medicine at Vanderbilt University School of Medicine, toldCNN. If this happens, consumers are advised to collect a sample and make an immediate appointment with their doctor. Treatment involves oral medication, which is usually quick to kill the tapeworm.

Though 90 percent of Pacific salmon are caught off the coast of Alaska, only 6 percent are shipped fresh and unprocessed. The larvae do not survive being frozen or cooked to high temperatures, which means the majority of U.S. consumers of salmon are not at risk. Further, some point out that the consumption of the raw meat of any wild animal bears risk of parasitic infection.

“If it was anything that was of concern, increased risk or anything like that from a management standpoint, we would have said something,” Jayde Ferguson, a Department of Fish and Game ecologist and study author, toldAlaska Dispatch News. “[The salmon are] going to have parasites, they’re out in nature.”