There Are Diseases Frozen in Ice, and They're Coming Back to Life 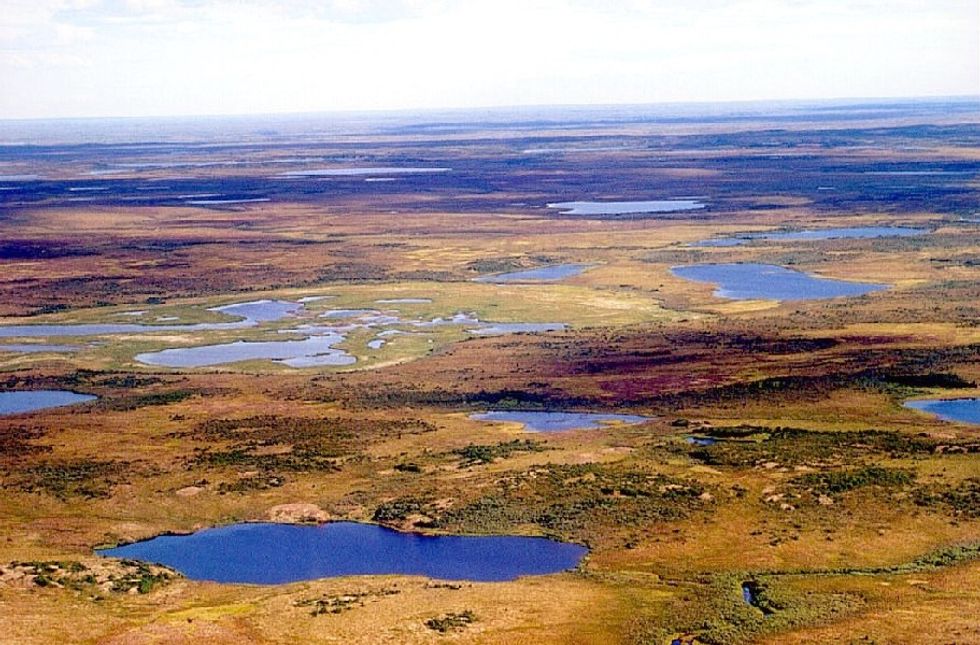 In August 2016, in the far reaches of the Siberian tundra, a 12-year-old boy died, and twenty other people were hospitalized, after being infected by anthrax. The source: a reindeer that had died 75 years earlier.

In the summer of 2016, temperatures in the Yamal tundra, which lies above the Arctic Circle, hit highs of 95 degrees—nearly twenty degrees above average temperatures. As layers of permafrost melted, the reindeer carcass thawed, releasing the bacteria.

While local officials were able to halt the spread by vaccinating the reindeer population—a practice that had been discontinued ten years prior once the disease had vanished—scientists worry this is just the beginning.

Bacteria can remain alive in permafrost for a long time—even as long as a million years. As the earth’s temperature rises, the frozen soil is beginning to thaw, and diseases are being released.

“Permafrost is a very good preserver of microbes and viruses, because it is cold, there is no oxygen, and it is dark,” said evolutionary biologist Jean-Michel Claverie of Aix-Marseille University in France. “Pathogenic viruses that can infect humans or animals might be preserved in old permafrost layers, including some that have caused global epidemics in the past.”

“As a consequence of permafrost melting, the vectors of deadly infections of the 18th and 19th Centuries may come back” wrote Russian scientists Boris Revich and Marina Podolnaya in a 2011 study. This is true “especially near the cemeteries where the victims of these infections were buried.”

Scientists have found fragments of RNA from the 1918 Spanish flu virus in mass graves in Alaska’s tundra. This strain is estimated to have killed between 20 million and 50 million victims, and infected 500 million.

Smallpox and the bubonic plague are thought to be buried in Siberia. In one Siberian town, nearly 40 percent of the population died from smallpox in the 1890s, and their corpses were

buried under the top layers of permafrost along the banks of the Kolyma River. Those banks are now beginning to erode due to climate change.

Because of how long bacteria and some viruses can live in ice, we may see diseases from much farther back—even to the time of the Neanderthals 30-40,000 years ago. “The possibility that we could catch a virus from a long-extinct Neanderthal suggests that the idea that a virus could be ‘eradicated’ from the planet is wrong, and gives us a false sense of security,” said Claverie.

Companies may be hastening the problem. As global warming has made the Siberian tundra more accessible, industrial exploitation—like mining and drilling—has increased.

“At the moment, these regions are deserted and the deep permafrost layers are left alone,” said Claverie. “However, these ancient layers could be exposed by digging involved in mining and drilling operations. If viable virions are still there, this could spell disaster.”

It is still unknown which diseases will emerge, how deadly they will be, or if they have the potential to infect humans. However, “there is now a non-zero probability that pathogenic microbes could be revived, and infect us,” said Claverie. “It could be bacteria that are curable with antibiotics, or resistant bacteria, or a virus. If the pathogen hasn’t been in contact with humans for a long time, then our immune system would not be prepared.”

“So yes, that could be dangerous.”