Donald Trump Just Lied About His Approval Rating, and This Time the Pollster Is Calling Him Out 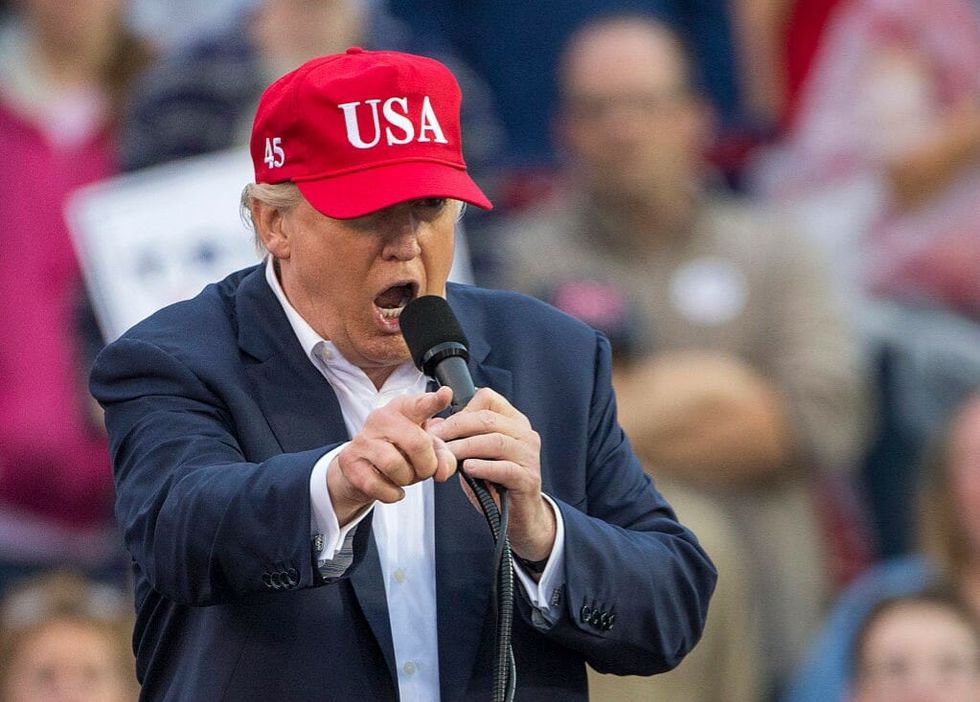 President Donald Trump continues to chase after the elusive 50 percent or higher approval rating. Thus far he has only hit that mark on the conservative Rasmussen poll a handful of times during his presidency .

This has not stopped Trump from claiming a higher approval rating however. In the past he has misread or misunderstood poll results and cited them as proof of a high approval rating when it was his disapproval rating that charted well over 50 percent.

And he did it again with the help of Lou Dobbs and Fox News.

On Thursday morning, President Trump tweeted a graphic from Dobbs' program. He captioned the image:

But there were some problems with the graphic on Fox News. And the person who would know best what the actual poll results were quickly pointed them out.

"The Battleground Poll shows 58% approval on [just] the economy."

I’m the Director of @GUPolitics & this graphic is incorrect. The Battleground Poll shows 58% approval on the econo… https://t.co/kJNhYOnXLh
— Mo Elleithee (@Mo Elleithee) 1554984002.0

Back at the beginning of April, they shared the announcement:

Elleithee was not alone in correcting the President and Fox News.

Some were less kind in their responses.

Some again raised the issue of President Trump's reliance on Fox News as his primary source of information.

@realDonaldTrump oh yay, the laziest president in the history of the universe is watching himself on Racist Romper… https://t.co/LtLuxzYxJ5
— Jeff Tiedrich (@Jeff Tiedrich) 1554981761.0

However not every response was negative. One of two Twitter accounts that always responds favorably to every Trump tweet, "CC," offered congratulations.

And people again raised questions about the authenticity of "CC" on Twitter.

The Battleground Poll is activated in presidential election cycles. It specifically gauges voter sentiment and intentions.

For the first time, the Battleground Poll is also going to gauge civility.