The Wall St. Journal Just Made an Awkward Error in Its Article About Trump Canceling His Meeting With Putin, and the Correction Is One for the Ages 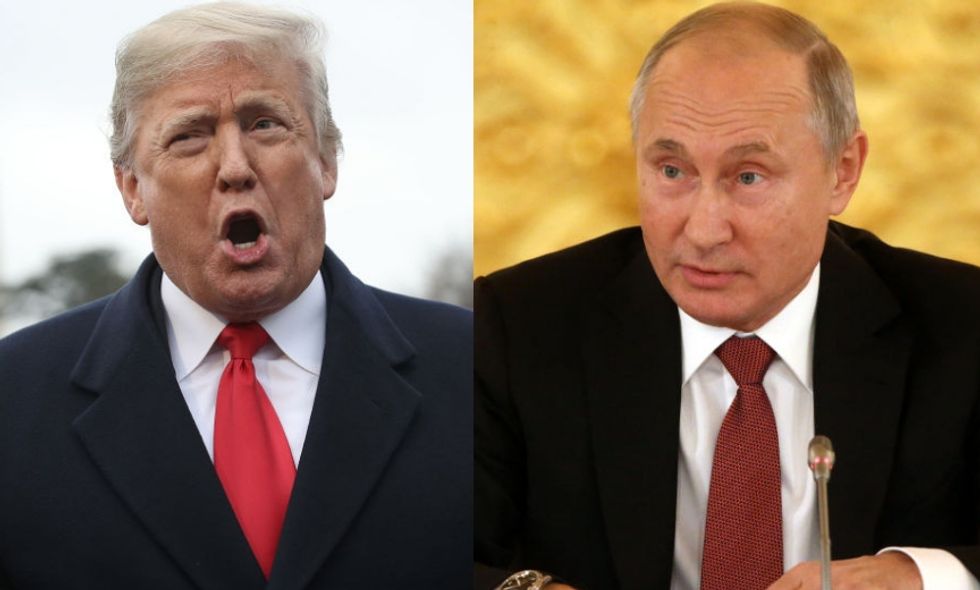 With a new guilty plea from former Trump attorney Michael Cohen, President Donald Trump canceling his meeting with Russian President Vladimir Putin at the G20 Summit, and a slew of other developments emerging on the Russia investigation these past few days, even the most formidable journalists are bound to slip up eventually when trying to keep every story straight.

That's what happened to the Wall Street Journal today.

In an article covering the cancellation of the planned Putin-Trump meeting, the publication accidentally referred to the Russian President as "Vladimir Trump."

The (Freudian?) slip led to one hell of a correction:

Donald Trump's proximity and deference to Vladimir Putin has been a running theme of Trump's political endeavors since before he emerged as the GOP's frontrunner in the 2016 presidential campaign. A dramatic year-long escalation of Special Counsel Robert Mueller's Russia probe has only exacerbated these concerns.

That's why many on Twitter — like the anti-Trump Republican firebrand Ana Navarro — found the Conservative-leaning paper's correction amusing to say the least.

Others claimed that the only thing "erroneous" about the name flub was that Vladimir Putin took Trump's last name instead of vice-versa.

Eventually, the Wall Street Journal's correction of the article got more attention than its content.

After an onslaught of internet commotion, the Wall Street Journal discreetly amended its original correction to:

"Vladimir Putin is president of Russia. An editing mistake misidentified Mr. Putin in an earlier version of this article."

But the damage had already been done.

Many thought the original slip was so fitting, it had to be on purpose.

Others thought it was the best Freudian slip of the decade.

As the Mueller investigation continues to reveal, the relationship between Trump and Putin is no laughing matter. However, the internet briefly got a moment of much-needed relief over this particularly apt slip of the finger.