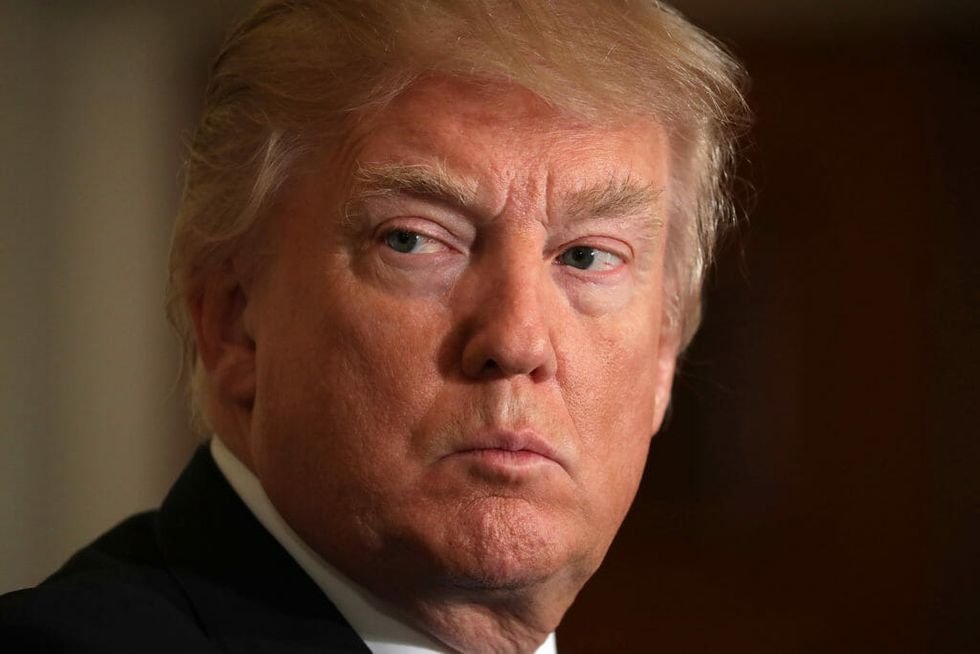 While the country mourns the senseless loss of life after the 18th school shooting of 2018, President Donald Trump Tweeted who he thinks is culpable, leaving people shocked and livid. At 4:12am Thursday morning, Trump Tweeted that the students and parents at Marjory Stoneman Douglas High School in Parkland, Florida, bear responsibility for their tragedy.

"Neighbors and classmates knew he was a big problem. Must always report such instances to authorities, again and again!"

So many signs that the Florida shooter was mentally disturbed, even expelled from school for bad and erratic behavi… https://t.co/3mSYrtTng6
— Donald J. Trump (@Donald J. Trump) 1518696761.0

Trump's Tweet likely resulted from recriminations he and other National Rifle Association beneficiaries received in the wake of the shooting, following his pattern of lashing back at critics on Twitter. But beyond the shock and anger, Twitter also had some information for the president.

But wasn't such reporting what you nullified by signing H.J.Res.40 which otherwise would have added mental health i… https://t.co/uXNlhQCFWW
— Michael Smerconish (@Michael Smerconish) 1518702369.0

To what authority can I report that the President of the United States is mentally disturbed? https://t.co/sxuL1BaUiK
— Middle Age Riot (@Middle Age Riot) 1518703338.0

@MrVinceAnz @realDonaldTrump The blood is on your hands Donald Trump You are the one who got rid of the law Obama p… https://t.co/1VP3pmpypZ
— TheLeatherArtist (@TheLeatherArtist) 1518706180.0

People suggest it might be time for President Trump to put down his phone and work on real solutions to gun violence in the United States. Wednesday's school shooting marks the 18th in 2018. We're only halfway through February.