Donald Trump Just Suggested Shooting Immigrants Would Be 'a Very Effective Way' to Secure the Border, But Don't Worry, He 'Wouldn't Want to Do That' 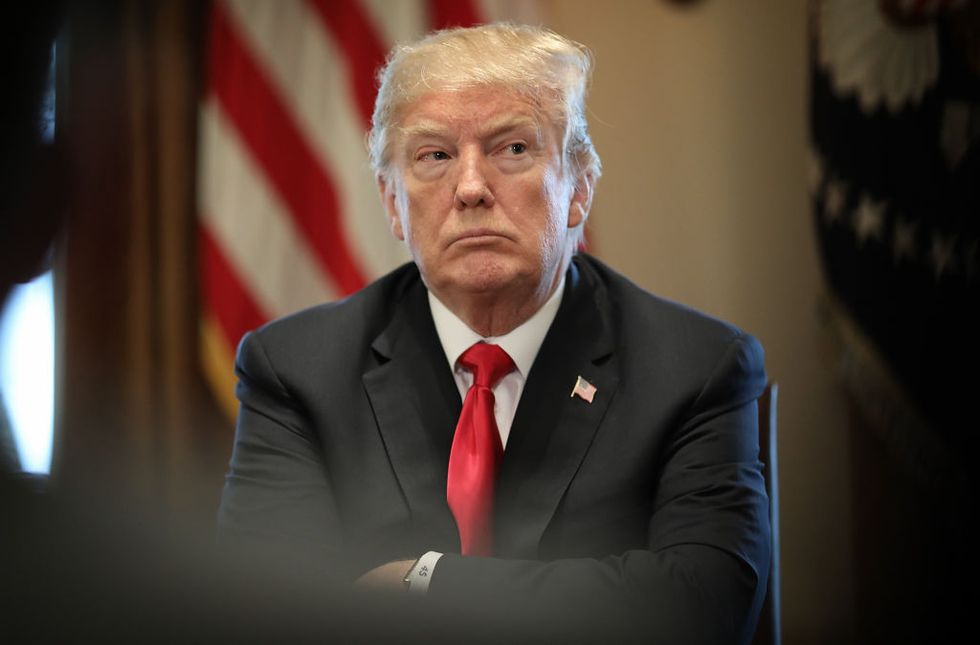 After insisting that his administration is capturing immigrants who cross the border illegally and that "miles and miles" of wall is being built there, the President then implied that simply shooting immigrants with machine guns would be more effective.

Trump's rhetoric has incited violence before, with supporters beating protesters and media crews at his rallies and Caesar Sayoc sending bombs to perceived enemies of the President. Even on the campaign trail, he once pondered that maybe there was something the "Second Amendment people" could do about Hillary Clinton. Just recently, Trump was praised in the manifesto of the white supremacist Christchurch shooter, who killed 49 Muslim worshipers in New Zealand this month.

Horrified viewers saw his rhetoric on Hannity as a continuance of this insidious pattern.

@ndrew_lawrence @NerbieDansers Saving this one for the next inevitable shooting people will act as if came from nowhere
— Justin Chaillet (@Justin Chaillet) 1553749549.0

but hey, at least there wasn't a mass shooting recently inspired in part by Trumps racist rhetoric along with fear of immigration
— Andrew Lawrence (@Andrew Lawrence) 1553739335.0

That wasn't the only thing that viewers of the interview found disturbing.

Trump's comfort with Hannity has alarmed many.

Though Trump may think Hannity "has credibility," half of the statements he makes publicly range from mostly false to blatantly false.

Two peas in a pod.