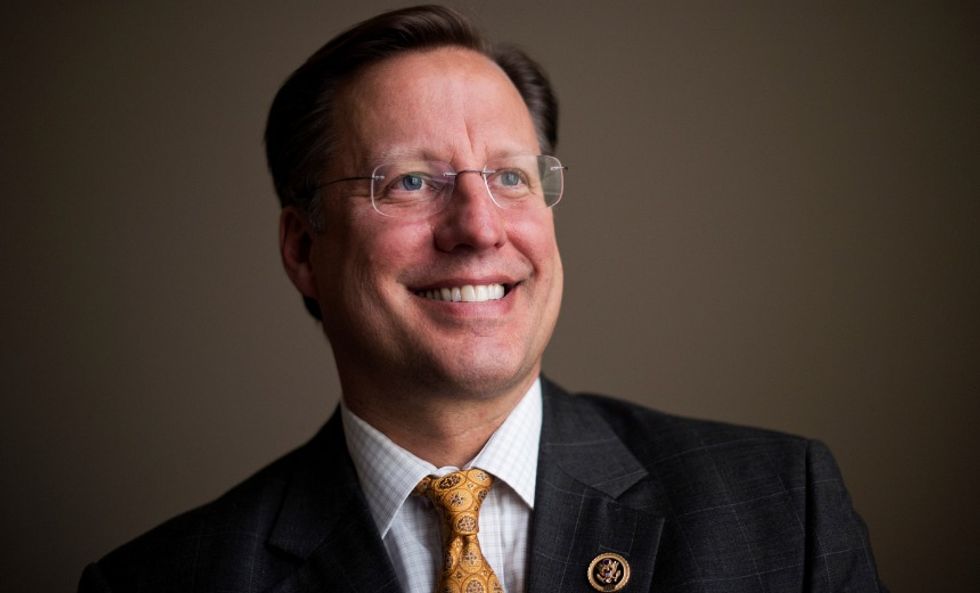 The Republican representative of Virginia's 7th District, David Brat, is taking heat for a comment many saw as tactless.

While meeting with recovering addicts at a local jail on Wednesday, one woman told Brat her worries regarding life after her release. While most politicians up for re-election would typically express care and concern. Brat took another route.

Brat said to the inmate:

“You think you’re having a hard time?I’ve got $5 million worth of negative ads coming at me. How do you think I’m feeling? Nothing’s easy. For anybody.”

“You think I’m a congressman, ‘Oh, life’s easy, this guy’s off having steaks every day.’ Baloney. I’ve got a daughter, she’s got to deal with that crap on TV every day.”

You can listen to his comments below:

An odd moment from @DaveBratVA7th's visit to an addiction support group at Chesterfield County Jail: After an inmat… https://t.co/KSiR5ydvKD
— Ben Paviour (@Ben Paviour) 1539828325.0

While Brat may have been attempting to indicate that he, like the inmates, had struggles as well, people were quick to slam the Congressman for his insensitivity.

@BPaves The longer version is not better. He initially made it about him and then made it clear that they would be… https://t.co/8t50h2QTKV
— Kuumba Tendaji (@Kuumba Tendaji) 1539870709.0

For Brat, the backlash couldn't come during a more crucial race.

Virginia's 7th district has long been seen as safely Republican, but in the era of Trump, the race is now neck and neck between incumbent Brat and Democrat Abigail Spanberger.

Spanberger is a former CIA and law enforcement agent with a strong national security background that could prove appealing to undecided voters and even Republicans.

Some used Brat's comments as an opportunity to get out the vote for Spanberger.

However, Brat did receive one endorsement that could be game changing.

Brat's campaign has yet to comment on the candidate's words, but did tout the meeting with inmates in a press release today.

The race is one of many emerging as an unexpected toss-up in a previously red district and is sure to be closely watched on November 6. We can only hope that Congressman Brat can handle the slings and arrows of negative ads til then.