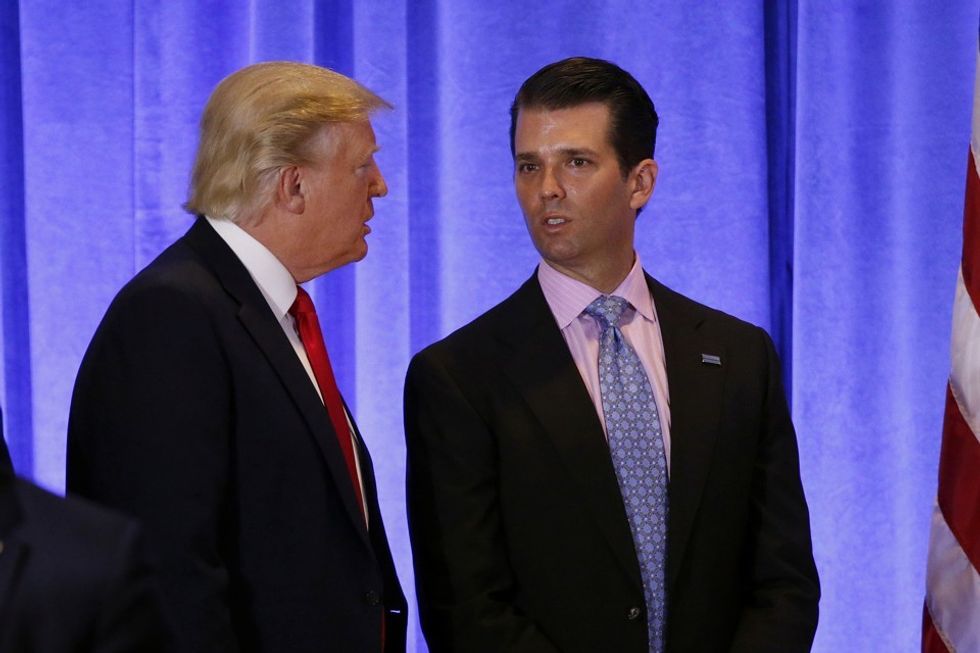 In a major reversal, Donald Trump Jr. issued a statement on Sunday clarifying that a meeting he had with a Kremlin connected lawyer last June was in fact related to the 2016 campaign.

On Saturday, The New York Times reported that Donald Trump, Jr. "arranged a meeting at Trump Tower in Manhattan with a Russian lawyer who has connections to the Kremlin." Paul Manafort and Jared Kushner also attended this previously undisclosed meeting.

In a statement, he said he had met with the Russian lawyer at the request of an acquaintance from the 2013 Miss Universe pageant, which his father took to Moscow. “After pleasantries were exchanged,” he said, “the woman stated that she had information that individuals connected to Russia were funding the Democratic National Committee and supporting Mrs. Clinton. Her statements were vague, ambiguous and made no sense. No details or supporting information was provided or even offered. It quickly became clear that she had no meaningful information.

As the Times notes, Trump Jr. only agreed to meet with the lawyer once he was promised "damaging information about Hillary Clinton."

In damage control mode, Kellyanne Conway sought to defend Don Jr. on both CNN and ABC this morning, although mostly she avoided confronting the issue altogether, saying it "dopesn't matter."

The reviews of her performance were not kind.

Kellyanne Conway defends Trump Jr.'s meeting with the Russian lawyer by saying he didn't know who he was meeting & walked away with no info.
— Kaitlan Collins (@Kaitlan Collins) 1499691240.0