Clinton campaign Remains Cool Despite Droves of Dems Who “Feel the Bern.” 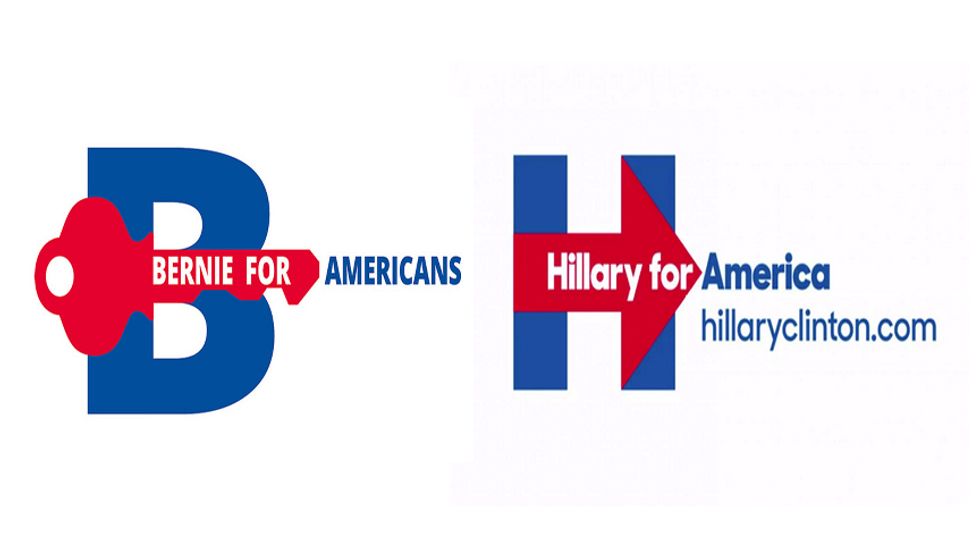 With a little over six months until the Iowa caucus, the battle for the Democratic party nomination is already at full tilt. Former Secretary of State Hillary Clinton is widely expected to win the nomination. Her smooth path to that, however, has come up against some unexpected turbulence in the form of last month’s late-night-TV-punchline turned somewhat-serious-contender, U.S. Senator Bernie Sanders of Vermont. But even as support for the avowed Socialist Sanders from the far left has heated up in recent weeks, Clinton hasn’t shown many sign that she’s feeling the heat.

And that’s a smart move.

All five democratic Presidential candidates met in Iowa on Friday, July 17 for a “Cattle Call”—an event where each candidate is invited to speak in succession. According to USA Today, all five candidates (who spoke in alphabetical order) revealed that they share a great deal of common ground—especially with regard to “raises for workers, fighting powerful wealthy special interests, gay rights, women’s rights, immigration reform and spending for public infrastructure.”

Of the five, Clinton and Sanders are the only two currently enjoying any consistent, significant support. According to the latest polls, as reported by The Huffington Post, Clinton leads with a commanding 57 percent of the vote going in to the event; Sanders trails behind her with a respectable (if not exactly threatening) 17 percent. As for the lesser-knowns, former U.S. Senator Jim Webb from Virginia, former Maryland Governor Martin O’Malley, and former Rhode Island Governor Lincoln Chaffee are pulling less than a combined 2.5 percent of the polls—and by most accounts at least two of the three men failed to distinguish themselves from Clinton and Sanders on Friday.

Despite a less than polished message, O’Malley was fairly well received in Iowa, but both Chaffee and Webb failed to impress. At the event, Chaffee only spoke for six of his allotted fifteen minutes—hardly enough time to articulate a comprehensive message; Webb, who spoke last, watched as those who had only stayed to hear Sanders’ speech slipped out of the ballroom. “Bernie, you always fire me up” Webb laughed, adding, “I’m here to turn the lights out, folks.”

Clinton and Sanders, on the other hand, were showstoppers.

Clinton enjoyed the most support in the room. She simultaneously reinforced her core democratic values while aiming to skewer her GOP opponents. A sly remark comparing trickle-down economics to other bad ideas from the 1980s like “new Coke, shoulder pads and big hair” met with thunderous applause, as did her jibes at the improbable Republican front runner, Donald Trump—of whom Clinton quipped, “finally a candidate whose hair gets more attention than mine.” Audience members had hoped Hillary would follow her Roast Trump with a second course of sirloin à la Bernie-se, but Clinton left the podium without uttering a single word about Sanders.

So why did Clinton simply ignore her biggest Democratic rival? After all, Sanders has been drawing considerable media attention, as well as crowds of thousands at rallies across the country. Echoes of his recent success could be heard in the whooping cheers of his supporters as he called for a “political revolution” and railed against America’s so-called ‘billionaire class’ during his speech. And an insurgent left had caught Clinton by surprise eight years ago, when a little known Senator from Illinois overtook the lead and held it for the rest of the campaign. Is she unwise to dismiss the growing threat?

Business Insider reports that “so far the Clinton team has resisted any direct engagement with Sanders, fearing such an exchange might alienate the activists and small-dollar donors who will form the base of support in the general election if Clinton should win the nomination.” But Nate Silver of Five Thirty Eight believes Clinton’s choice to ignore Sanders may have a little to do with fear and more to do with the fact that Clinton and Sanders represent growing ideological differences within the Democratic party—and Sanders’ supporters are a small, albeit vocal minority.

Sanders has been sharply criticized for being the “anything but Hillary” candidate but, according to Silver, his recent popularity is better explained by the fact that many people within the Democratic party simply lean strongly to the left. They do not, however, represent a majority in the party. Moreover, Clinton currently enjoys an astounding 80% favorability rating among Democrats and long has been considered a shoo-in for the nomination. Given that, Silver argues that the media attention surrounding Sanders’ campaign can be attributed mainly to a desire to create drama where little exists. After all, “Coronations are boring.”

At least for now, Clinton has bigger fish to fry. Silver writes that,

“[s]o long as Clinton retains [her high favorability rating], she has little reason to deflate the Bernie bubble. Sanders may satiate the media’s desire for a ‘competitive’ Democratic primary without really making her vulnerable. Clinton has plenty of ammunition, however, including her money and the endorsements she’s received from her fellow Democrats (including many Democrats who are almost as liberal as Sanders). That’s likely enough to secure her the nomination without her going negative.”

In short, Clinton may be better served allowing Sanders to energize his wing of the party. But if, in the end, she needs to take him down, she should be prepared to do just that.

Clinton has another distinct advantage over Sanders: the diversity of her base. No matter who wins the nomination, it’s common wisdom that minority voters will decide who wins the White House. Where Sanders struggles to find support, Clinton’s base of support tends to be broader; according to CNN, “the Sanders revolution looks a lot like Vermont, the second whitest state in the country... Among non-white voters overall, Sanders polls at 9% compared to Hillary Clinton's 61%.”

Sanders’ campaign has responded to this criticism by highlighting his participation in the civil rights movement of the 1960s as well as his 1988 endorsement of Jesse Jackson. But as CNN reports, Sanders’ critics argue those credentials are gathering dust, and his recent fumble during a Black Lives Matter protest have left some wondering whether Sanders may be reaching the peak of his appeal to those constituencies.

Even as Sanders’ momentum appears to grow, he remains unlikely to surpass Clinton in the polls. While it may be far too early in the campaign to write off Sanders entirely, Clinton’s advisers don’t want her spending the next few months dealing with him. If her treatment of Sanders in Iowa is any indication of the months to come, Clinton’s eyes will be firmly set forward, and she won’t be looking back over her left shoulder.