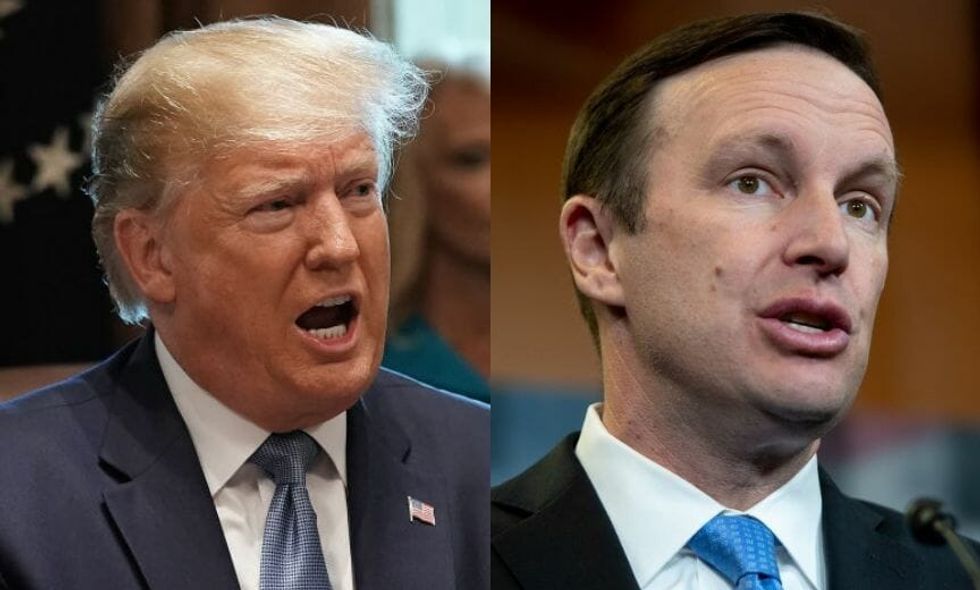 As little as a decade ago, the social media activities of President George W. Bush were a non-issue. While President Barack Obama showed a bit more social media savvy, it was still not central to his presidential identity or legacy.

All that changed in 2016 when the first Twitter President was elected. While other Presidents offered press briefings and addressed the nation, President Donald Trump communicates in often misspelled, poorly punctuated and oddly capitalized 280 character snippets.

But some people have had enough. Including Connecticut Democratic Senator Chris Murphy who posted on Sunday, after a flurry of tweets from Trump attacking Representative Elijah Cummings:

"I’m unfollowing the President of the United States today on Twitter, because his feed is the most hate-filled, racist, and demeaning of the 200+ I follow, and it regularly ruins my day to read it. So I’m just going to stop."

"I can’t believe I just typed that."

I’m unfollowing the President of the United States today on Twitter, because his feed is the most hate-filled, raci… https://t.co/N5syBCBTZA
— Chris Murphy (@Chris Murphy) 1564320375.0

People concurred with the assessment and applauded the move.

@ChrisMurphyCT It's sad were living in this moment when the President goes out of his way to show how much he hates… https://t.co/cDYuqZb0Ve
— Robert Evans (@Robert Evans) 1564321239.0

In a move that is certain to upset the President—who still obsesses over inauguration crowd size—people are deciding to unfollow Trump on Twitter. When Twitter purged a number of bot accounts and the President's followers and reactions fell, he blamed the social media platform.

What will he do now that #UnfollowTrump is trending?

@ChrisMurphyCT Yes,My sentiments exactly! I can still see what his Twitter fingers spew out to the world, but foll… https://t.co/e166UXAiNh
— #IHaveADreamToo (@#IHaveADreamToo) 1564333562.0

You know, if everyone who actually disagrees with him UNFOLLOWS him, his numbers might really drop. #UnfollowTrump https://t.co/IprrZs3h8i
— Morgan Fairchild (@Morgan Fairchild) 1564355007.0

I’m unfollowing @realDonaldTrump today, too. Thanks for setting the example, @ChrisMurphyCT. I hope all who agree w… https://t.co/3hvmaOOXC3
— Eliza Orlins (@Eliza Orlins) 1564335506.0

While it is important to know what the most powerful elected officials are saying, following them on social media is unnecessary.

If you think there might be too much executive time spent on Twitter, this shirt available here makes your feelings known.