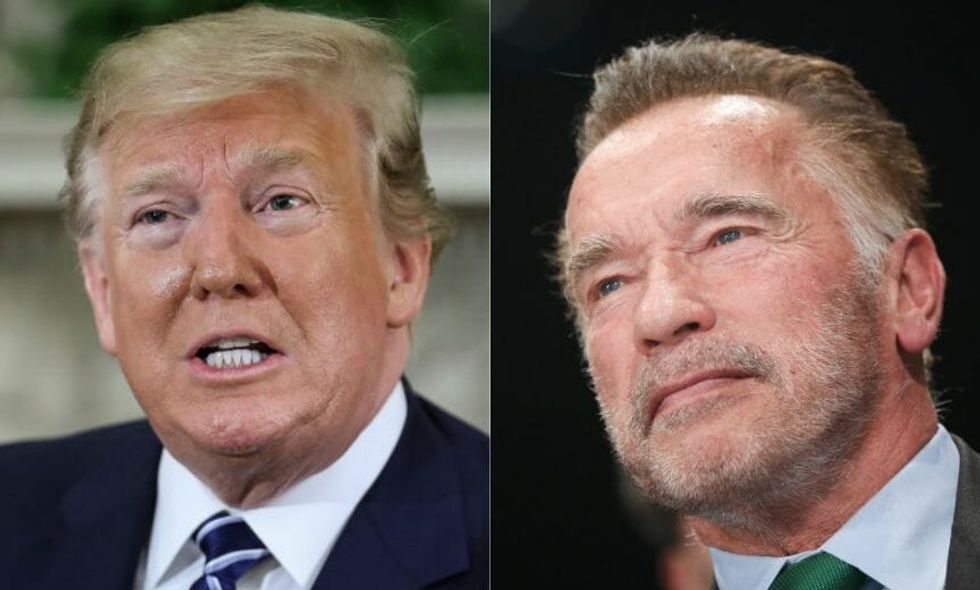 Arnold Schwarzenegger may be a Republican, but the former California governor and actor is no fan of President Donald Trump.

The two have had their beefs in the past. For one, Schwarzenegger refused to endorse Trump for president in 2016 and implored voters to "choose country over party." And years later, he replaced Trump as the host for the president's reality show The Celebrity Apprentice.

Trump reignited the feud while at a summit for his more ardent supporters on social media. Speaking about Schwarzenegger's performance on Celebrity Apprentice, Trump said:

“Arnold Schwarzenegger. You know what? He died. I was there."

If there's one thing that solidifies a person's character to Donald Trump, it's television ratings.

But the Terminator didn't take Trump's digs lying down. It wasn't long before Schwarzenegger took to Twitter to respond, hitting Trump where it hurt.

The president still hasn't released his tax returns—the first president not to do so since Richard Nixon. This is despite promising to release them during the 2016 election and during his presidency.

But Schwarzenegger didn't stay focused on Trump for long, choosing to focus his attention instead on the practice of gerrymandering, or redrawing voting districts to favor a certain political party.

People were so here for Schwarzenegger's clapback.

Schwarzenegger proved that he's nowhere near dead, and we're sure this feud isn't either.