Comedian Who Used to Work on 'Celebrity Apprentice' Claims to Know Why Donald Trump Is Always Sniffing and Tweeting at 3AM, and It Kind of Makes Sense 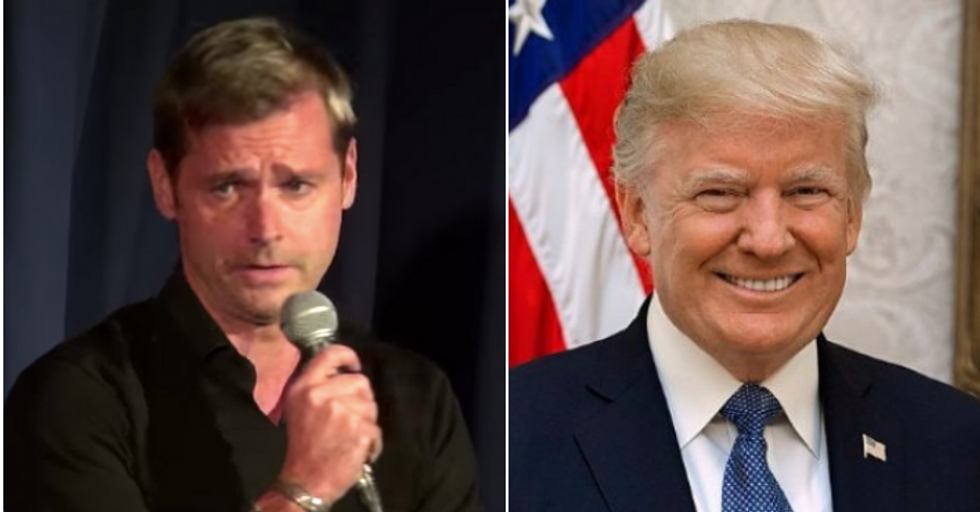 Unlike Donald Trump, Noel Casler did not become a household name after working on the reality program The Celebrity Apprentice. But Casler's recent revelations regarding the President may gain him some notoriety.

Casler currently works are a stand-up comedian. During his act, Casler—who also worked on some of the broadcasts when the President owned the Miss Universe family of pageants—made some rather shocking allegations about Trump's activities behind the scenes.

"I worked on a bunch of those beauty pageants he had in the 90s too. That was a good idea, Miss Teen Universe? Yeah, that’s like giving Jeffrey Dahmer a cooking show."

"He would line up the girls on the side of the stage, and he would inspect them literally, he would stick his little freaking doll fingers in their mouth and look at their teeth. I’m not kidding, this is true, he would line them up like they were pieces of meat."

"Yep. If Trump had a cooking show they’d call it the douchebag diet. McDonald’s, chocolate ice cream and girls that look like Ivanka are all he ever eats."

Then Casler made claims about the President's use of the drug Adderall—referring to Trump as a "speed freak"—and his level of literacy.

"[Trump] crushes up his Adderall and he sniffs it because he can’t read, so he gets really nervous when he has to read the cue cards."

When the crowd laughed, Casler stated:

"I’m not kidding this is true. I had a 24-page NDA, non-disclosure agreement, I didn’t know that he was becoming president, now it’s no way dumbass, I’m telling you everything I know."

Watch video of the performance here.

People weren't all that surprised.

And some internet sleuths found prior references to the President's use of Adderall.

People felt the allegations might explain some incidents with the President such as slurred speech and appearing to get lost from time to time.

...provide a (salacious and unverified) explanation for the sniffing and dry-mouth-induced slurring seen here as… https://t.co/wjVFaYoM99
— Andrew Feinberg (@Andrew Feinberg) 1544728069.0

As of Thursday afternoon, the White House had not addressed the allegations.