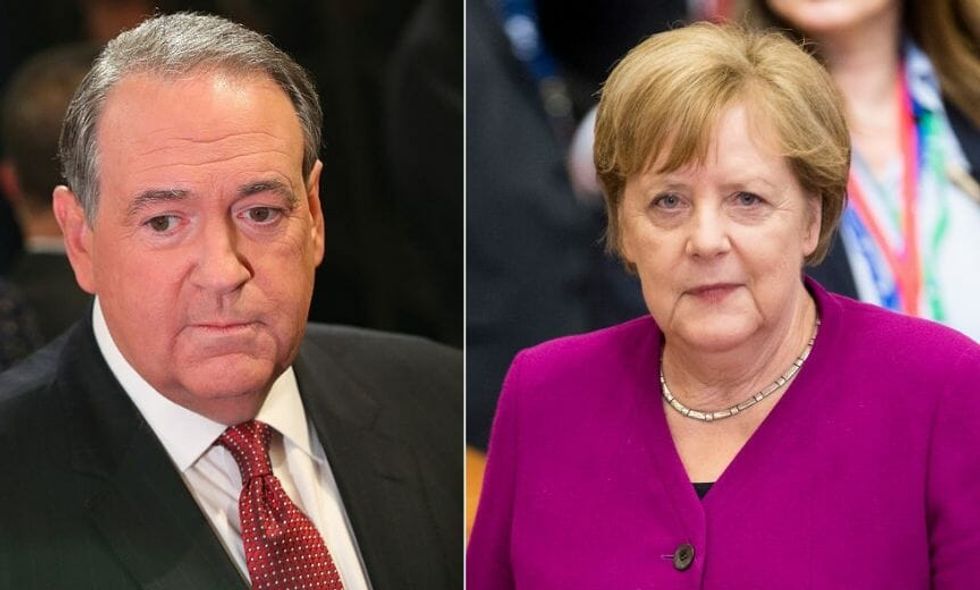 On the somber 75th anniversary of D-Day, leaders from all over the world gathered on Thursday to commemorate the invasion that saw allied forces begin to liberate France from Nazi control, beginning with storming the beaches of Normandy.

Despite the scores of soldiers who died during the invasion, and the complex history that's happened since, Republican Arkansas Governor Mike Huckabee couldn't help but make a snide comment about German Chancellor Angela Merkel.

Must have been an "awkward" moment for Angela Merkel to sit in ceremony as the Allies commemorated D-Day that broke… https://t.co/bUNdR02l6k
— Gov. Mike Huckabee (@Gov. Mike Huckabee) 1559772191.0

Huckabee was implying that, because Nazi Germany was one of the Allies' prime enemies during World War II, she must have felt out of place or still have some degree of allegiance to a regime defeated almost a century ago.

In fact, Germany went through a thorough denazification process—an initiative implemented by the Allies to undo the hold that Nazi propaganda had taken on the minds of German and Austrian citizens. This included showing them photographs and giving tours of the horrors brought by Nazi concentration camps, reminding them what complacency can lead to.

@GovMikeHuckabee Governor: with all due respect, from a former German ambassador in Washington: Germans were told b… https://t.co/HtPJl2cKg5
— Wolfgang Ischinger (@Wolfgang Ischinger) 1559827800.0

@GovMikeHuckabee I think your comment is disrespecful and portrays a total lack of understanding of modern Germany… https://t.co/lyxTU6L1LY
— Alexander Stubb (@Alexander Stubb) 1559816573.0

Not to mention, his implication came with a degree of hypocrisy, given Huckabee's wholehearted support for President Donald Trump.

He really Hucked this up.