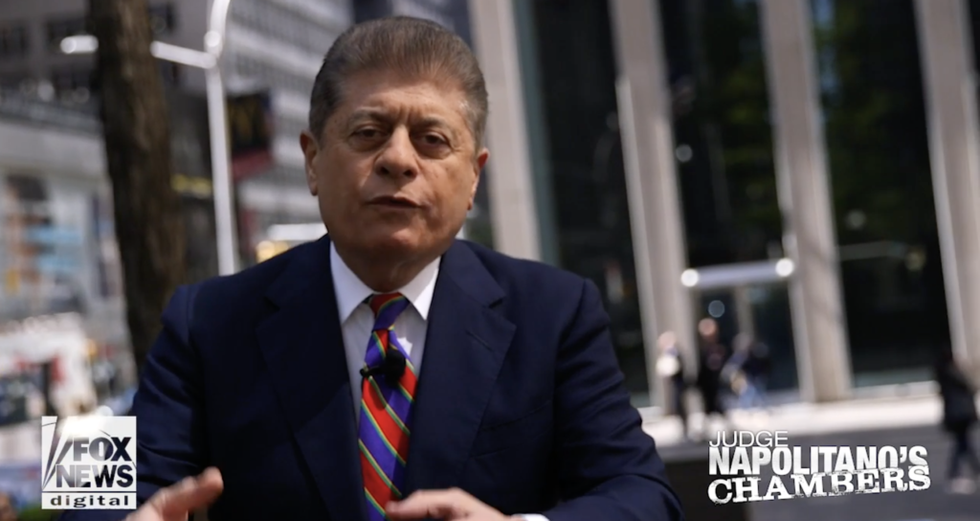 Napolitano accused Trump of violating the separation of powers three times last week alone. The separation—often referred to as "checks and balances"—was laid out by the founding fathers to avoid democratic principles devolving into dictatorial regimes.

According to Napolitano, one of these instances occurred when Trump demanded that acting Defense Secretary Patrick Shanahan use money Congress allotted for a missile defense system to pay for a section of wall at the southern border instead.

Napolitano also said that Trump's controversial tariffs against China qualified as a tax imposed on Americans by the president, rather than by Congress.

Napolitano concluded with a warning:

"It is dangerous when presidents write their own laws, impose their own taxes, spend money how they want and Congress looks the other way. It’s dangerous because it’s too much of an accumulation of power in the presidency and it imbalances that delicate balance that the separation of powers created. We need to be careful about too much power in the hands of too few."

Many stood in agreement with him.

@HuffPost I do watch Fox when people who don't rant and scream without facts are on set like Napolitano. Interesti… https://t.co/FQhEwOyKy0
— Elias Salcedo (@Elias Salcedo) 1558006037.0

However, some of the president's more tenacious supporters attempted to defend him with questionable points.