Removing a president via the 25th Amendment is not as simple as it sounds. 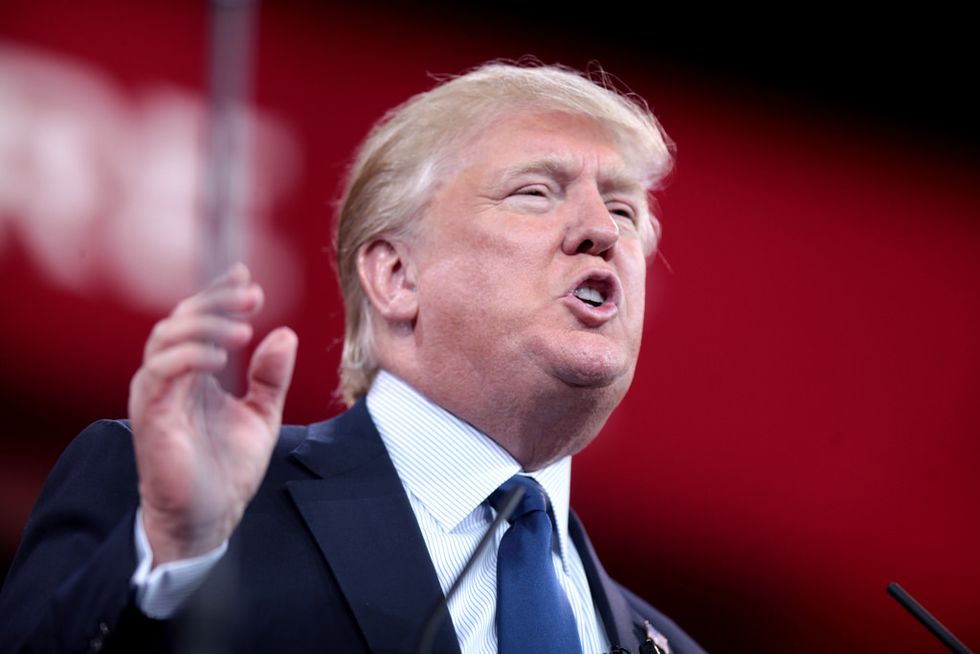 A new resolution introduced in the House of Representatives urges Vice President Mike Pence and the Cabinet to make Donald Trump submit to a physical and mental health exam over concerns that he is unfit to perform his duties as President. Representative Zoe Lofgren, a Democrat from California writes, “President Donald J. Trump has exhibited an alarming pattern of behavior and speech causing concern that a mental disorder may have rendered him unfit and unable to fulfill his constitutional duties…”

Lofgren’s resolution urges the Vice President and the President’s Cabinet to invoke Section 4 of the 25th Amendment to the U.S. Constitution. This is a rarely used amendment whose necessity became clearas far back as 1841 when Vice President John Tyler took over as Acting President for President William Harrison, who died of pneumonia just 31 days into office. As there was no legal procedure in place for how to transfer power in such an instance, and some argued that Tyler was not authentically President, Congress had some tough considerations, says Remi Alli, J.D., an expert in health law. “That’s when they created the hierarchy of who takes over if a president dies in office,” she tells Second Nexus. Among other things, the 25th Amendment allows the vice president and a majority of cabinet members to jointly remove the president from office and replace him with the vice president.

The necessity for the 25th Amendment was further impressed upon Congress on October 2, 1919, when President Woodrow Wilson awoke with symptoms concurrent with brain stroke, leaving him partially paralyzed on the left side and blind in his right eye, according toPBS. Unable to fully participate in his role, the government was left in a legal void, as there was not a constitutional answer for what to do when an acting President could not fulfill his duties, but was not dead. While impeachment was always an option for removal of a president, it was considered “in poor taste” to impeach a president who had not engaged in the “high crimes and misdemeanors component of impeachment, according toan explanatory video by Senior Fellow John Hudak of the Brookings Institute.

However, the amendment, formally proposed in 1965, still wasn’tratified until 1967. Cliston Brown, a political analyst and columnist for the New York Observer explains that it was likely spurred by the 1963 assassination of President John F. Kennedy. “It became clear after the Kennedy assassination that there was a weakness in the law. If Kennedy had been merely wounded or left brain dead, there were no laws in place where the Vice President could have assumed the powers of the presidency. We would have been without a president,” he tells Second Nexus.

Congress took it upon itself to legalize the process of transferring power if the president is not dead but also not able to discharge the duties of his office, Brown says.

These deal with succession in the case of “the removal of the President from office or of his death or resignation,” but it also applies in the event of a vice presidential vacancy. “Before 1967, the office of Vice President was vacant 16 times due to deaths, resignations, and assumptions of the President’s office,” according tothe Constitution Daily, a constitutional blog maintained by the National Constitution Center in Philadelphia. This section was first invoked in October 1973, when Vice President Spiro Agnew resigned and transferred power to Gerald Ford as the new Vice President. Ford then used it to nominate Nelson Rockefeller as Vice President, after Nixon’s resignation.

The most commonly invoked of all the sections of the 25th is section 3. “Whenever the President transmits to the President pro tempore of the Senate and the Speaker of the House of Representatives his written declaration that he is unable to discharge the powers and duties of his office, and until he transmits to them a written declaration to the contrary, such powers and duties shall be discharged by the Vice President as Acting President.”

It has been used most often in scenarios where a president is undergoing surgery. Presidents Ronald Reagan, George W. Bush and Bill Clinton all invoked it, giving their vice presidents power as Acting Presidents while they went under sedation and the knife.

Zoe Lofgren’s resolution for Donald Trump invokes Section 4. As it is the most stringent of all the sections, it’s no surprise that it has never yet been invoked. Section 4 permits the vice president and the majority of the cabinet to communicate to Congress (in writing) their belief that the president is unfit to perform his duties. It further requests that the president be stripped of his duties and that they be conferred upon the vice president. This requires a 2/3 majority in the House of Representatives and a 2/3 majority in the Senate. Congress would have to vote within 21 days to agree to remove his powers as president and appoint the vice president Acting President.

However, it doesn’t end there. The president can attempt to prove himself fit again at a later date if his mental issues or dereliction of duties can be resolved. “It’s meant to be temporary,” says Brown. However there are instances where it wouldn’t be temporary, he adds, “Say if a president were shot and was brain dead. He can’t resign because he doesn’t have the mental capacity to do so, but somebody’s got to run the country.”

When it comes to determining mental fitness, however, the 25th Amendment does not lay out any specific criteria by which the vice president, Cabinet, and Congress would determine the mental fitness of the president. They don’t necessarily have to put the president through a battery of tests, but can simply decide amongst themselves. “Fundamentally it is whatever [they] decide. There’s a lot of gray area throughout the constitution,” Brown adds.

Since invoking the 25th requires the agreement of a significant majority of people within the administration and Congress to become effective, it is, in essence, “simpler” to just impeach a president, Brown says. Many people, however “have a misunderstanding of what impeachment means,” he adds. Impeachment is a two-step process. The first step is simply a vote on articles of impeachment—asserting that the president has engaged in some form of high crime or misdemeanor, much like the indictment phase of a criminal trial. If it passes, the president is “impeached”—essentially receives a black mark on the record, and Congress moves to step two, which is a vote on whether the president is guilty of the crimes noted in the articles of impeachment. While impeachment does still require a 2/3 majority vote in the Senate, it only requires a simple majority vote in the House.

As for whether the 25th Amendment could be invoked for President Trump, however, Brown says, “I’m skeptical of it happening with the president and party in control of Congress.” Of the two impeachments in the history of the presidency, in both cases, “the president’s party did not control Congress. It would be unprecedented in American history for a president to be impeached by his own party.”

David. S. Cohen of Rolling Stone agrees and adds that removal by the 25th is no more likely. “Even if the Democrats do well in the 2018 midterm elections, the number of Republicans needed to use the 25th Amendment will always be greater than the number needed for impeachment; it will be a steep hill to climb throughout Trump's time in office,”he writes.

While Alli acknowledges it’s unlikely, she doesn’t totally rule it out. “The Vice President and Cabinet understand they are representing the people, that they have to help those in our nation, to determine what’s best for them.” She has heard talk among conservatives who would prefer Mike Pence over Donald Trump. “They are saying we want our VP to take over because he’s actually more conservative and will be much more stringent in acting out our conservative values.”

Brown opted not to speculate on what our allies and other world powers would think or do if Donald Trump was removed by the 25th amendment, Section 4, and Mike Pence was installed as Acting President. Since Section 4 has never been invoked, there is no precedent for this kind of scenario. However, Alli had some thoughts on what a Pence presidency might look like. “[Pence is] known for being much more conservative than [Donald Trump]. Imagine the possibilities: Potential for increased wars, stringent travel bans, and more.”

Alli also brings up one last criticism of the 25th amendment, which is that it can lead to discussions of assassination. “Since it’s usually enacted in the event of a death of a president, a lot of people are concerned that in bringing up the 25th amendment you are trying to imply that you are implicitly calling for Trump’s death.”

Lofgren’s resolution does no such thing, but makes clear that not all members of Congress have confidence in Donald Trump’s mental faculties to execute his presidential duties.