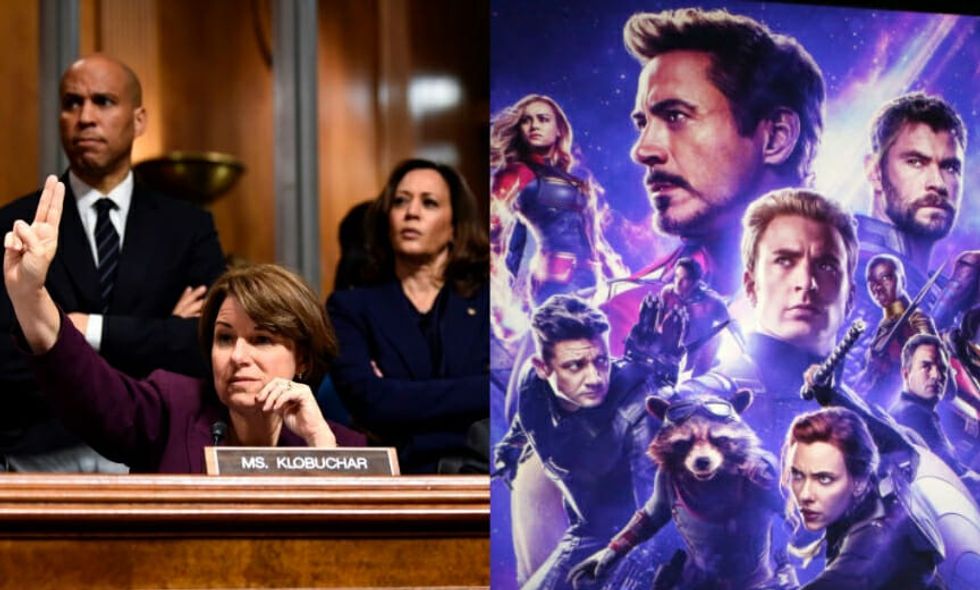 The Avengers is one of the most popular franchises of the Marvel cinematic universe.

The movies feature a crowded field of heroes—much like the Democrats seeking the 2020 nomination against President Donald Trump.

Many Americans are holding out for a hero to render Trump a one-term President. Twitter user  @chandlerjdean knew this when he decided to find the Avengers parallel for every Democratic presidential candidate.

KIRSTEN GILLIBRAND is CAPTAIN MARVEL - gets tons of hate on the internet - headstrong now but her origin story is… https://t.co/wqadYpiLTO
— Chandler Dean (@Chandler Dean) 1554407351.0

And Dean didn't stick to just Democratic candidates—or even candidates at all.

FORMER PRESIDENT BARACK OBAMA is NICK FURY - not getting involved unless he absolutely has to - has meetings with… https://t.co/rJAeg2oy2D
— Chandler Dean (@Chandler Dean) 1554407354.0

And his choice for Trump was Thanos—the galactic being who vanquishes some of the team's most popular heroes and who seems indestructible.

They also had some suggestions of their own.