After Conquering Television, Netflix Sets Its Sights On Disrupting The Movie Industry, and It's Already Begun 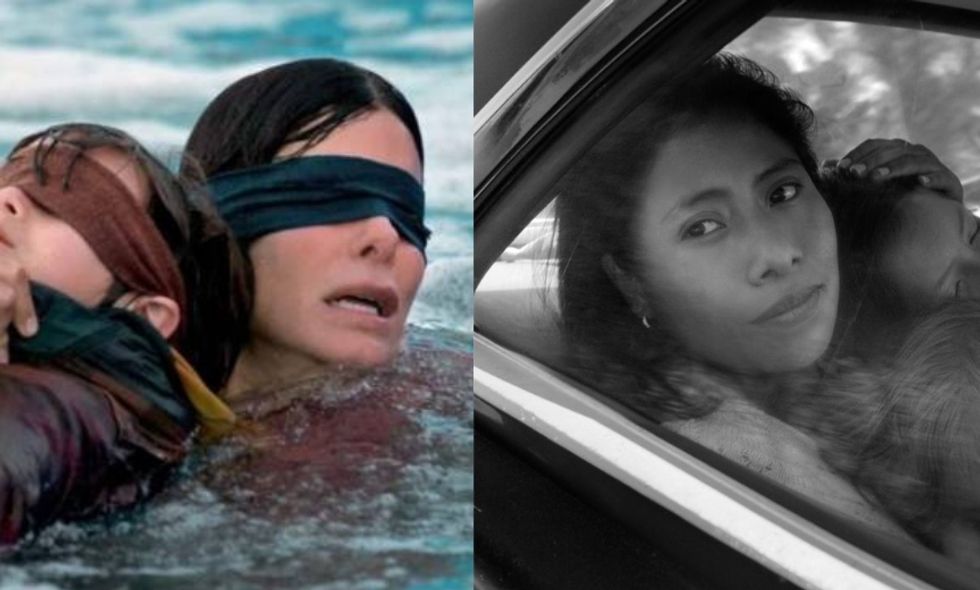 Years after it revolutionized television by streaming high-quality original content, Netflix is now going after the movie industry.

In addition to launching a thousand memes, Netflix's latest original film—Bird Box—shattered the record for highest viewership of any Netflix original film in its opening week, garnering over 45 million views according to internal reports. Views were counted for each account that watched 70% or more of the film, including credits.

For their part, theater owners remain unfazed. As Patrick Corcoran of the National Association of Theatre Owners pointed out: "Netflix’s model can’t disrupt theatrical if it’s not playing on 99.7% of screens." Others are quick to remind people that streaming a film from the comfort of one's own home is far more convenient than schlepping to a movie theater and paying for a ticket.

Nevertheless, the viewing reports of Bird Box led to much speculation on Netflix's growing hold over the movies.

@businessinsider Because a number is meaningless without a context lets put this 45M in perspective. Assuming an av… https://t.co/UNHQNOjQyy
— Pablo Campos 🇪🇸 (@Pablo Campos 🇪🇸) 1546086615.0

Though Netflix spent very little advertising Bird Box, it put the film at the fore of its homepage. However, there's another key ingredient that has proven integral to Netflix's success in television and its burgeoning growth in original films.

The streaming giant is widely noted to produce some of the most consistently high-end original content, primarily with television shows like Orange is the New Black and House of Cards.

Netflix's films, however, have struggled to achieve the same momentum, but a new movie from Alfonso Cuarón might be about to change that.

The director's latest film, Roma, enjoyed stellar reviews from critics and viewers alike. Though it is a Netflix film, the company also screened Roma in select theaters, thereby making it technically eligible for an Oscar nomination.

As a result, the film is a favorite to win the Academy Award for Best Picture.

While Hollywood may seem like an institution not worth challenging, Netflix appears to be rising to the challenge the way it so successfully did with television. The company may prove yet that lightning really can strike twice.