The Many, Many Times Trump Railed Against Military Intervention in Syria 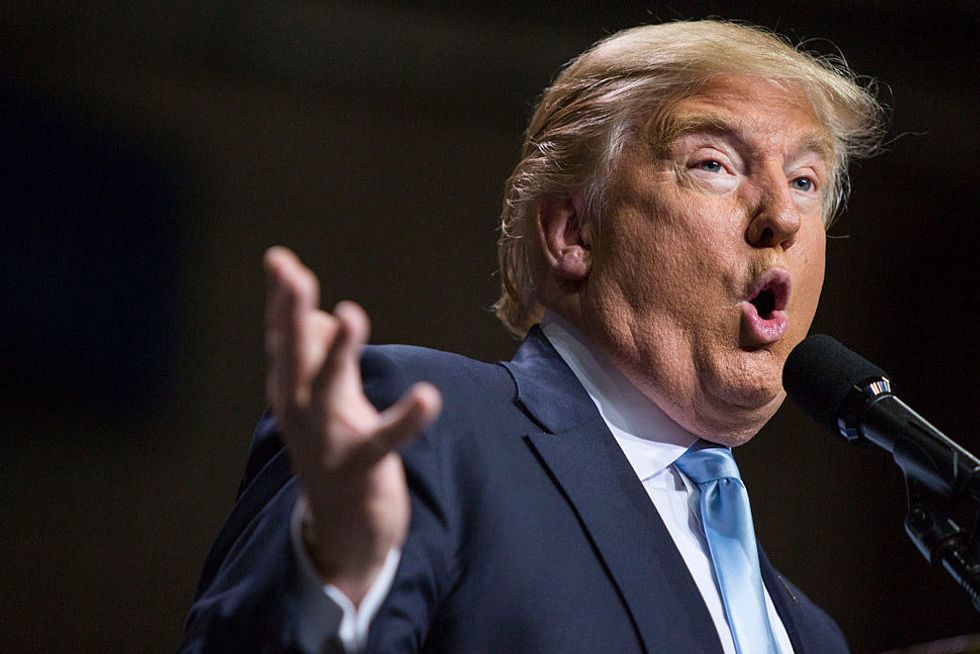 On Wednesday, President Donald Trump summed up his current opinion on Syria by saying, "I will tell you it’s already happened that my attitude toward Syria and Assad has changed very much. What happened yesterday is unacceptable to me."

He was referring to the sarin gas attack on Syrian civilians in rebel territory. That attack was not the first instance Syrian President Bashar Assad has used chemical weapons against his own people. But that had little impact on the president's policies and statements.

On March 30, Trump administration officials indicated that removing Assad from power was not a priority. Secretary of State Rex Tillerson said that "longer-term status of President Assad will be decided by the Syrian people," while United Nations Ambassador Nikki Haley said, "Our priority is no longer to sit and focus on getting Assad out."

On Tuesday, just five days later, at least 72 people, including 20 children were killed in Syria by sarin nerve gas and the Trump administration quickly changed positions. That change was highlighted in the missile attack launched against Syrian targets last night.  Afterward, the president explained what happened from Mar-a-Lago.

Those actions stand in contrast to the policies and statements embodied in these (and other) tweets, leveled against President Obama during his tenure.

President Trump did not himself receive congressional approval for last night's attack. Despite that, he appears now to have bipartisan backing for his actions, with some caveats. "Tonight’s strike in Syria appears to be a proportional response to the regime’s use of chemical weapons. The crisis in Syria will not be resolved by one night of airstrikes," said House Minority Leader Nancy Pelosi.

Some Republicans who refused to back former President Obama's measure to intervene in Syria following 1400 deaths from chemical weapons do not have the same qualms with even stronger measures from a Republican president. Representative Lynn Jenkins, for example, had signed onto a letter along with more than 100 other Congress members warning Obama not to take action in Syria without congressional approval. Yet last night, she was supportive of Trump's unapproved action.

It remains to be seen if the strikes last night will be followed with more military action or other policy changes from the president.

So @POTUS cares enough about the Syrian people to launch 50 Tomahawks but not enough to let the victims of Assad find refuge & freedom here.
— Seth Moulton (@Seth Moulton) 1491528549.0