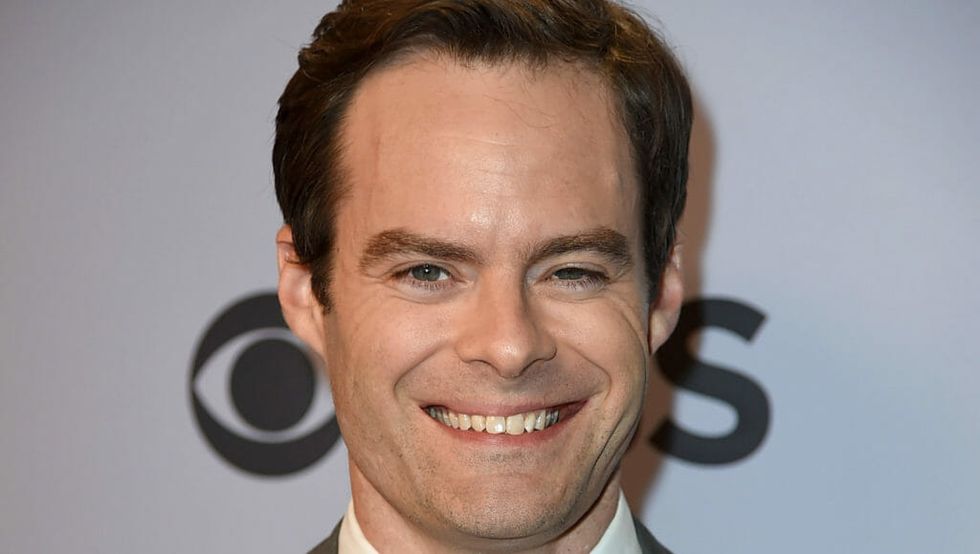 Fans are in for a treat tonight when Bill Hader takes over the SNL stage for the first time in five years. Hader was a cast member on Saturday Night Live from 2005 to 2013 and will be reuniting with his sketch comedy friends to promote his new HBO series, Barry.

Barry follows Barry Berkman (Hader), a hitman from Cleveland who comes upon a theater class and decides he wants to be an actor. In a recent interview with USA Today, Hader dished, "If he gets to his goal of becoming a stage actor, he then becomes known and will probably have to be killed.... he's putting his life at risk to pursue this dream of being able to feel again."

Hader created the show along with Alec Berg, and also directed the first three episodes. He tells USA Today, "My heroes were filmmakers. I was reading books about Martin Scorsese. So finally being able to do that was great... Some of that is good, because it keeps you sharp and focused. Mine would spill over into shaking, I couldn’t project my voice, I was quiet, I would flub stuff, because I was a wreck."

Hader racked up three Emmy nominations over the course of his SNL career. He has appeared in comedy films like You, Me and Dupree, Superbad, Forgetting Sarah Marshall, Maggie's Plan and Inside Out. The actor also held leading roles in The Skeleton Twins and Trainwreck.

Arcade Fire is a Canadian indie rock band composed of husband and wife couple Win Butler and Regine Chassagne, along with William Butler, Richard Reed Parry, Tim Kingsbury, and Jeremy Gara. The group was founded in 2000 by Butler and Deu, who were classmates at the time. The band has received critical acclaim for their work. At the 86th Academy Awards, Butler and Owen Pallett were nominated for Best Original Score for composing the music for the film Her.