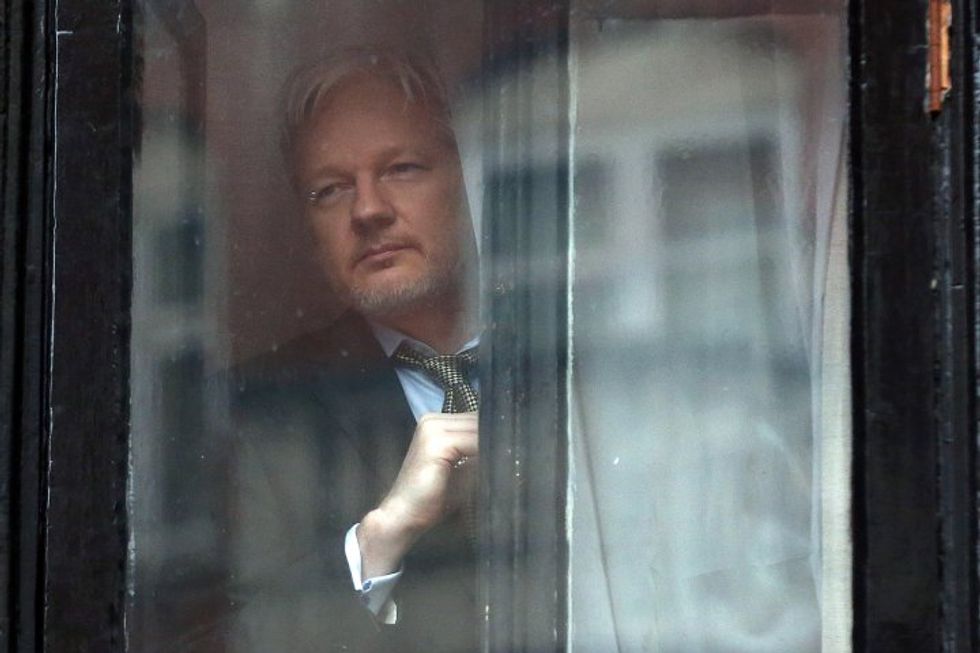 The Department of Justice is considering charges against Julian Assange, founder and editor of Wikileaks. The case would largely hinge on whether the DOJ successfully can argue that WikiLeaks' actions are not journalism and, therefore, are exempt from First Amendment protections related to freedom of the press.

According to The Washington Post's sources, federal attorneys "have been drafting a memo that contemplates charges against members of the WikiLeaks organization, possibly including conspiracy, theft of government property or violating the Espionage Act."

It is not clear which WikiLeaks' activities would underlie the charges. The Obama administration at one time considered charging Assange when investigating leaks in 2010. Those investigations led to the conviction of Chelsea Manning, who testified during her court martial that she had asked Assange how to crack a password needed to get the files she eventually released to him. The Obama administration decided, however, that it would be too difficult to show that WikiLeaks' actions were significantly different from those of The New York Times and other media outlets, who also published material from those leaks.

The Trump administration could be considering charges based on the more recent "Vault 7" leaks. Those reports, released in March, revealed the codes used by the CIA to use digital devices to spy on people. The FBI has been investigating to find the source that gave the information to WikiLeaks.

Vault 7 marked a change in tone for President Trump, who during the presidential campaign, openly admired WikiLeaks and Assange for their role in publishing DNC emails from the Clinton campaign. U.S. intelligence agencies have determined that those emails were obtained by Russian hackers who released them to WikiLeaks through an intermediary in an attempt to influence the presidential election.

The reports about the possible charges closely followed strong comments from CIA-head Mike Pompeo, in a speech last week.

"Julian Assange has no First Amendment freedoms. He's sitting in an Embassy in London. He's not a US citizen," Pompeo said.

Free speech advocates have long defended WikiLeaks and Assange, even in the face of questionable releases that have put ordinary people in danger, such as dumps that revealed the names of gay citizens in Saudi Arabia and the names, addresses, and criticisms of the government from women in Turkey following last year's coup attempt.

Ben Wizner of the American Civil Liberties Union discussed the possible case with CNN: "Never in the history of this country has a publisher been prosecuted for presenting truthful information to the public. Any prosecution of WikiLeaks for publishing government secrets would set a dangerous precedent that the Trump administration would surely use to target other news organizations."

Trevor Timm of the Freedom of Press Foundation made similar points to Wired: "We shouldn’t doubt for a second that as soon as there’s a precedent on the books that allows [the US government] to prosecute publishers for publishing information they consider classified, they won’t turn that on the Times, the Post, and other vital news institutions. I hope people realize that even if you dislike WikiLeaks in the extreme, prosecuting them is a huge threat to the work reporters do every day."