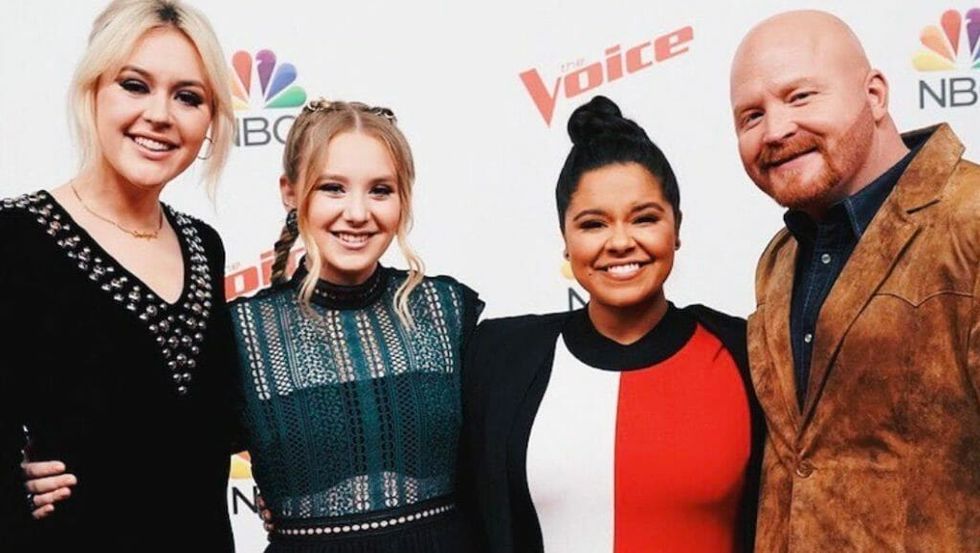 Tonight, Chloe Kohanski became the season 13 winner of The Voice. Kohanski walks away with $100,000 and a contract with Universal Music Group.

This is the sixth win for coach Blake Shelton. He is now the top mentor with a record-breaking number of wins, according to People.

16-year-old Addison Agen (Team Adam) finished runner-up this evening. On Monday, Agen performed "Humble and Kind" as her solo song, and broke down into tears towards the end of her performance. It was heartfelt and the judges absolutely loved it. Then, she sang "Falling Slowly" with Adam Levine, and "Tennessee Rain" as her original song.

Kohanski Walks Away With $100,000 and a Record Deal with Universal Music Group

Red Marlowe finished in fourth place. He sang "To Make You Feel My Love" as his solo, and "I'm Gonna Miss Her" with Blake. "I Pray" was his original song. In third place was Brooke Simpson. Simpson sang "O Holy Night" as her solo song, "Wrecking Ball" with Miley, and "What Is Beautiful" as her original.

All four contestants duked it out on Monday for their chance at winning the reality singing competition. Chloe sang "Bette Davis Eyes" as her solo cover, "You Got It" with as her duet song with Blake, and "Wish I Didn't Love You" as her original song.

Fans were gifted with some spectacular performances by some of their favorite stars on Tuesday. Chloe belted out "White Wedding" with Billy Idol, while Red sang "When I Call Your Name" with Vince Gill. Addison also sang a beautiful rendition of "Don’t Know Why" with Norah Jones. In addition, we got to hear Bastille, Jessie J, Bebe Rexha, Sia and last year's winner Chris Blue.

Chloe Kohanski is just 23, and hails from Nashville, Tennessee. Before The Voice, she sang lead vocals in a blues band. In an interview with Hollywood Life, Kohanski dished that she didn't even audition for the show. "There are so many ways to get involved with The Voice. The majority are from open call auditions, but weirdly enough, I received a phone call because I have been playing in Nashville for, like, four years and someone saw me at a show and they called and got my contact info and asked if I wanted to audition. They said they would fly me out for a Blind Audition, so that is what I did.”

Alicia Keys Will Judge Next Season

Next season, Alicia Keys will be returning to coach season 14 of The Voice. The Grammy winner will be joined by Adam Levine, Blake Shelton and Kelly Clarkson. In response to Alicia's return, Paul Telegdy, president of Alternative and Reality Group at NBC Entertainment, said, "She brings unparalleled expertise and has proven she knows how to help artists win. The chemistry between Alicia, Kelly, Adam and Blake will make for a wildly unpredictable and compelling Season 14.”

The new season of The Voice is set to premiere in February.