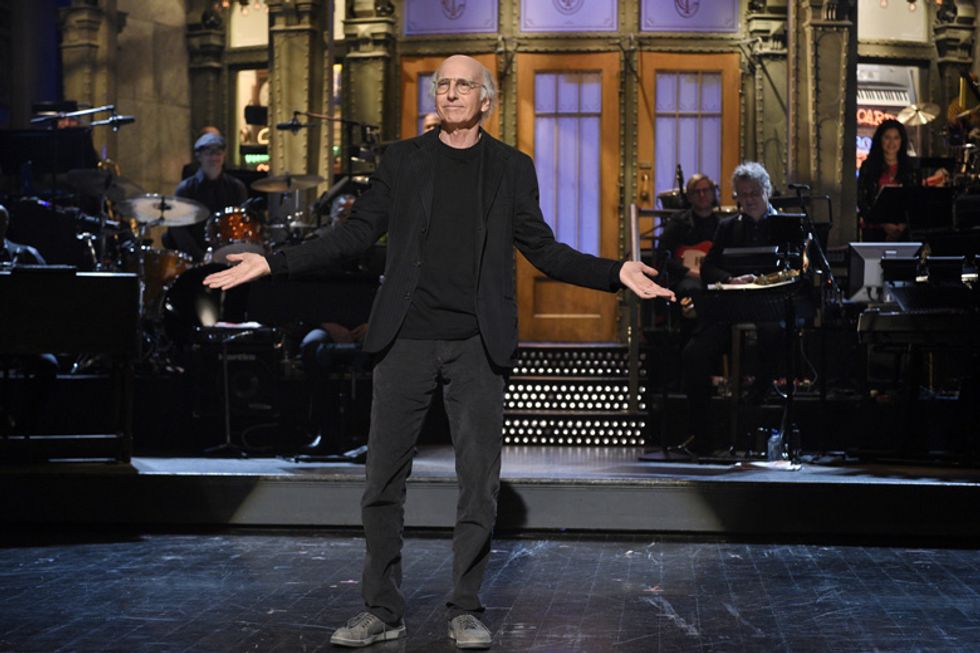 Last week, David made waves in his opening monologue when he made a Holocaust joke. The joke he made was that if he had been a concentration-camp prisoner during World War II, he’d probably have been checking out some of his fellow prisoners despite the circumstances. However, David is known for stirring up controversy and has made jokes about the Holocaust throughout his career. In his 1999 HBO special, the Atlantic reports, the Jewish comedian said he admired Hitler.

You can watch the entire monologue below.

This week, Haddish, who had her breakout performance this year in the Queen Latifah, Jada Pinkett Smith, and Regina Hall in the comedy film Girls Trip, headlines the Saturday night sketch comedy show. Swift will be performing, presumably from her new album, Reputation. According to Billboard.com, Swift will be going on tour in 2018 to promote the album and those tickets are expected to go on sale in December.

After these stars take the stage at 30 Rock, the week following Thanksgiving will be a rerun.

Why Isn't SNL on Every Saturday?

Saturday Night Live is not budgeted by NBC to be on every week. The show schedule is normally two weeks on, two weeks off. Lorne Michaels, the creator of the hit show, was given the choice by NBC executives of two episodes a month or 3 episodes a month, but with a staff budget that was 1/3 less.

Michaels wanted to keep the quality of the show high so chose to have fewer episodes.