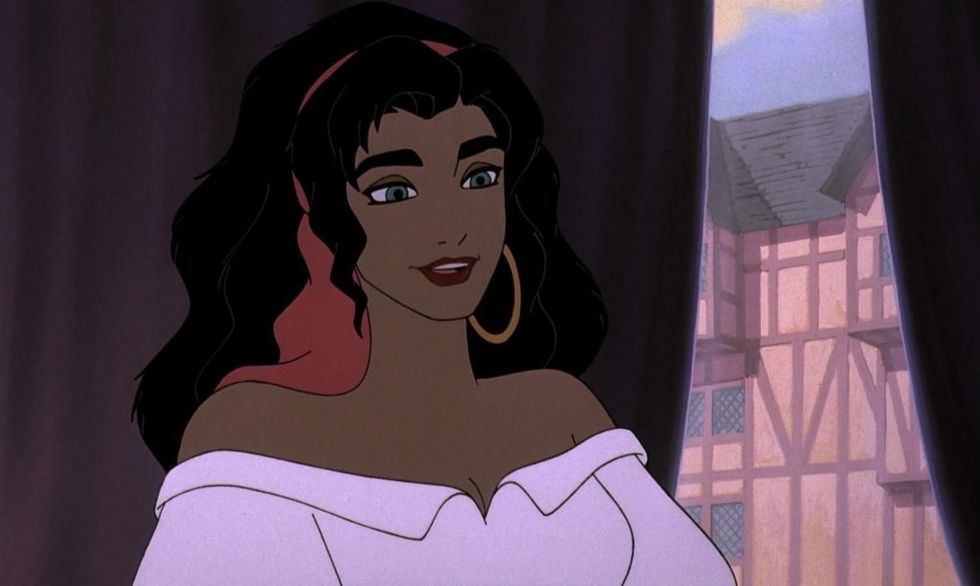 Yesterday it was announced that Disney is set to recreate their 1996 animated musical The Hunchback of Notre Dame into a live-action feature. David Henry Hwang, the Tony winner behind M. Butterfly, has been picked to write the script and will pull from both the cartoon and the Victor Hugo novel it was based off—but not the stage production that did not move to Broadway. That version, which debuted at La Jolla Playhouse in 2014, was based off a 1999 Berlin production.

The stage musical was described as unusually dark compared to other Disney productions, with Variety writing, "The prevailing tone is far and away the most somber of the three Disney film-to-stage shows yet... the relentlessly cutesy 'Quasi,' bears scant relation to the afflicted figure... complete with a soaring tenor that suggests him as a potential Phantom."

One thing that the stage musical did highlight more was the female lead's unique, ethnic heritage and the French population's hatred against it. Esmeralda, from Hugo novel to cartoon, is described as a "gypsy," a term that has now fallen out of favor due to its pejorative connotations in describing Romani (or Roma) people.

The Romani are an Indo-Aryan group that migrated to Europe from northwestern India about 1,500 years ago, according to the New York Times. They entered Europe through the Balkans while the Byzantine Empire warred with Persia and mixed with local populations to become the largest minority in Europe. They were accorded the slur "gypsies" because Europeans mistakenly thought they came from Egypt.

The ethnic group, which is known for its itinerancy, is still often marginalized in the European Union, according to the Guardian.

We think it would be great for Disney to cast a Romani actress as Esmeralda to highlight this unique, European culture—similiar to how Steven Spielberg made it a point to cast Puerto Ricans in the upcoming West Side Story revival.

That's why we nominate Game of Thrones' Oona Chaplin: actress, dancer, and ballerina of Romani descent.

DELICIOUS new haircut from an Alaskan goddess called Alexis @thenerrivikstudio. Exactly what I wanted, and this woman has great chat. Thank you!

Chaplin played Talisa Maegyr in season two and three of Game of Thrones, but if she sounds familiar for other reasons, it's because she is the granddaughter of Charlie Chaplin.

Clues of Charlie Chaplin's Romani heritage were first uncovered in a locked drawer in 1991 by his daughter, Victoria Chaplin. When it was finally opened, a letter describing that Chaplin had been born in the Black Patch "in a caravan [that] belonged to the Gypsy Queen" was discovered. The Guardian continues:

Chaplin's birth certificate has never been located. His mother, Hannah – maiden name Hill – was descended from a traveling family. In the 1880s, the Black Patch was a thriving Romany community on the industrial edge of Birmingham. It is not beyond the bounds of possibility that Charlie Chaplin was a Gypsy from the West Midlands.

Oona Chaplin was named after her grandmother, Charlie's wife.

We think it would be great if Disney honored this culture's unique heritage in their new adaptation of The Hunchback of Notre Dame, whether with Oona Chaplin or someone else of Romani descent, don't you?