Sessions Blasted Over Comments on "An Island in the Pacific"

Sessions incredulous over power of Federal Court in Hawaii to stop the White House. 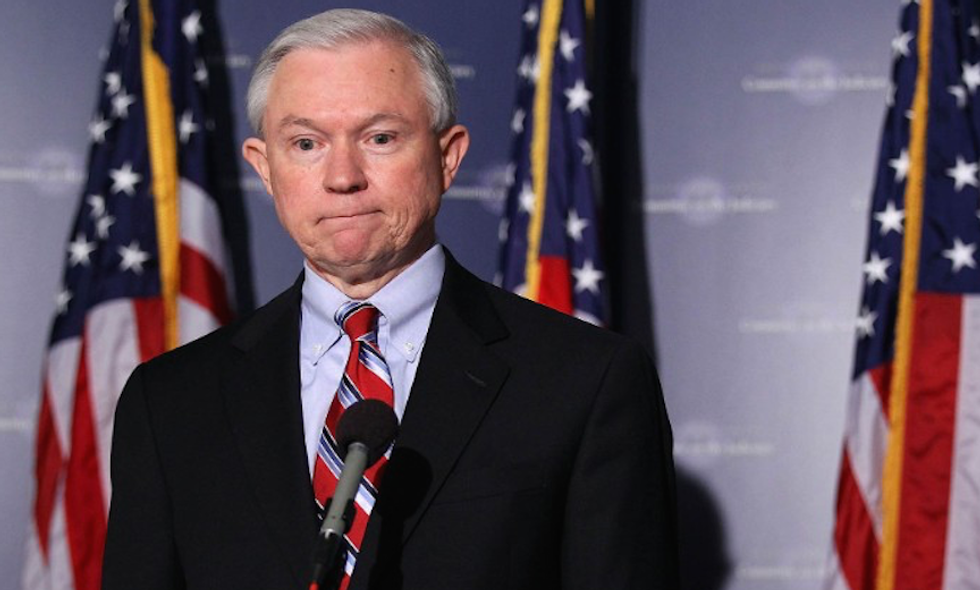 Attorney General Jeff Sessions is under fire early Friday after a dismissive remark toward the state of Hawaii during an interview on “The Mark Levin Show,” a conservative talk radio program.

His remarks were aimed at a Federal District Court ruling last month blocking the Trump administration’s travel ban on travelers from six Muslim-majority nations. The court had issued its ruling after the District Court in Seattle halted President Trump’s initial travel ban, which was wider in scope.

Sessions offered an unusual criticism: “I really am amazed that a judge sitting on an island in the Pacific can issue an order that stops the president of the United States from what appears to be clearly his statutory and constitutional power.”

Judge Derrick K. Watson, of the Federal District Court in Honolulu, had concluded that any “reasonable, objective observer” would view even the new version of the order as “issued with a purpose to disfavor a particular religion, in spite of its stated, religiously neutral purpose.”

At the time, Trump leveled criticism toward Judge Watson, accusing him of acting “for political reasons.”

Sessions’ apparent dismissal of the entire state of Hawaii has drawn strong rebukes for invoking both colonialism and latent racism. Many were quick to point out that Hawaii has been a state since 1959. Furthermore, Judge Watson, who was confirmed by 93 senators including Sessions, is a federal judge serving the district of Hawaii and not simply a “Hawaiian” judge. Under the law, the state or district in which Judge Watson was sitting when he made his ruling is unrelated to scope or effect of the judgment. As the nation’s chief law enforcement officer, Attorney General Sessions is expected to know and understand this.

Others observed that Hawaii is a state with many major ports of entry due to its location. International travelers arrive frequently, making it a state closely affected by any international travel restrictions or bans.

“Hey Jeff Sessions, this #IslandinthePacific has been the 50th state for going on 58 years,” Senator Mazie Hirono (D-Hawaii) tweeted, “And we won't succumb to your dog whistle politics.”

Senator Brian Schatz fired back at Mr. Sessions via Twitter, “Mr. Attorney General: You voted for that judge. And that island is called Oahu. It’s my home. Have some respect.”

Hollywood also had its share of criticism for Sessions’ comments. Actor and activist George Takei slammed Sessions on his popular twitter feed, noting that Sessions appeared to dismiss not only World War II but the one million inhabitants of the island and the birthplace of the 44th President.

Dear Mr. Sessions: The island is called Oahu. It's home to nearly 1 million Americans. And our last president was born there. Sit down, sir.
— George Takei (@George Takei) 1492745137.0