Can Mars Sustain Human Life? NASA's Mars 2020 Mission Is Going To Find Out

Mars 2020 is NASA’s next planned mission to Mars, in which a compact car-sized rover will search for signs of past habitability, and maybe life, by drilling into the Martian regolith. The rover will have a unique task – generating oxygen from atmospheric carbon dioxide. 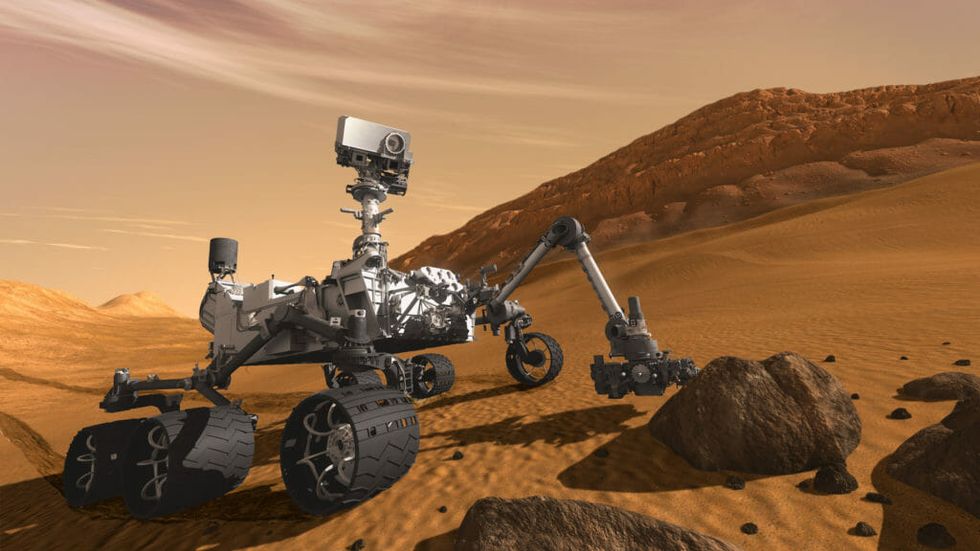 Mars 2020 is NASA’s next planned mission to Mars, in which a compact car-sized rover will search for signs of past habitability, and maybe life, by drilling into the Martian regolith. Upon arriving in February 2021, the rover will have a unique task – generating oxygen from atmospheric carbon dioxide, using a process of electrolysis. When it launches in the summer of 2020, the exploratory robot will be equipped with a special type of fuel cell, called Mars Oxygen In-Situ Resource Utilization Experiment, or MOXIE. NASA expects that MOXIE will produce 10 grams of pure oxygen (O2) per hour, inhaling carbon dioxide (CO2) from the Martian atmosphere and splitting the CO2 into carbon and oxygen, which it then exhales. In a sense, Mars 2020 will perform a form of artificial photosynthesis.

Oxygen production on Mars is tantamount to future manned missions and human settlements. Besides being the gas humans breathe, liquid oxygen is rocket fuel. If large quantities of O2 can be generated on Mars, the cost of traveling there and back decreases dramatically, as launching from Earth costs between $5,000 and $13,000 per kilogram. To produce oxygen en masse, however, NASA will need a fuel cell 100 times larger than MOXIE. This would likely require human construction. Perhaps even more importantly, renewable stores of O2 on Mars, in combination with its low gravity, would allow Mars to serve as a launching point for future manned missions deeper into space.

Terraforming Mars, a longtime dream of scientists and science fiction fans alike, is also getting its first test within the Mars 2020 mission. Terraforming is the process of modifying the natural environment of a planet, moon or other object to make it suitable for Earth-based life. Earth’s atmosphere is 78 percent nitrogen and 21 percent oxygen. Mars, however, has a thin atmosphere comprised of 95 percent carbon dioxide, 3 percent nitrogen and trace amounts of other gases. Oxygen only exists in very small quantities in the Martian atmosphere, about 0.13 percent. The Martian atmosphere is also relatively thin, having only 1 percent the density of Earth’s. If humans hope to one day colonize Earth’s planetary neighbor, future inhabitants will need, at the very least, oxygen and water. Amazingly, the potential cost of terraforming Mars was once estimated to be less expensive than trying to curb climate change on Earth, and could take roughly the same amount of time. For now, though, terraforming remains purely hypothetical.

In addition to surveying for signs of life, Mars 2020 will survey the Red Planet for resources, such as subsurface water, that can be used to sustain future manned missions. The rover will also assess weather and environmental conditions that would affect future human settlements. The Mars 2020 mission is scheduled to last one Martian year, or 687 Earth days. If the successes of recent NASA missions are any indication, such as those of Juno, Cassini and New Horizons, Mars 2020 will certainly wow humanity with stunning and unexpected insights into our solar system and our place in it.