The Universe Will Probably End – But No Time Soon 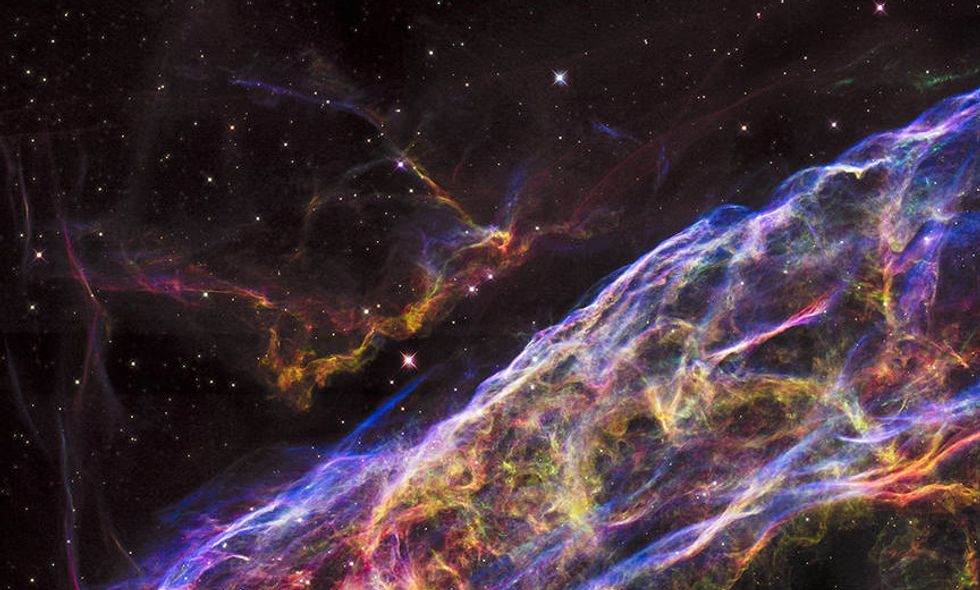 T.S. Eliot may have predicted the world ending “not with a bang, but a whimper,” but he may have missed the mark: the final destruction might be a tremendous rip. The good news is it won’t happen for at least 2.8 billion years, and it’s possible it will never happen at all.

Researchers at the University of Lisbon in Portugal recently described their attempts to predict the universe’s expiration date in a study published in General Relativity and Quantum Cosmology. Using data collected from supernovae (the explosion of stars), nearby galaxies and ripples in the density of matter known as baryon acoustic oscillations, the scientists found that at the lower limit, the universe will be ripped apart in 2.8 billion years.

Trying to find out when the world will end is hardly a new pastime for astrophysicists. Prior to developing the Big Rip theory, scientists had explored two other methods of destruction: the Big Crunch and the Big Chill. The former suggests that since the universe is full of matter, it will eventually fall under the power of gravity and collapse back in on itself. But this theory was developed before the discovery of dark energy, a mysterious force that changed everything.

The only problem is that scientists still don’t understand what exactly this energy is.

Dark energy makes up 74 percent of the universe, but it breaks all the laws of physics scientists previously wrote. For one thing, its source is unknown, even though energy is supposed to be a product of matter or radiation. The energy seems to be causing the

universe to expand at an ever-increasing rate, overpowering the immense force of gravity.

Though researchers don’t understand it, some theorize dark energy can help explain the disconnect between quantum mechanics (the way particles function on an atomic level) and general relativity (how gravity affects large objects like planets or black holes). Whatever it turns out to be, dark energy required scientists to reconsider their theories on how the universe will end.

The recent study by Sáez-Gómez and his team accounts for dark energy and suggests that the universe’s expansion will continue to increase until the speed of expansion tears apart the fabric of space-time. But as Sáez-Gómez wrote, 2.8 million years is only one end of the estimate.

The Big Rip might never happen. Instead, the universe could continue expanding until all the stars are so far apart they can no longer support life–an outcome known as the heat death of the universe, or the Big Chill.

But before we begin to worry about an eventual heat death, what’s left of humanity will first need to deal with the merging of our galaxy, the Milky Way, with the Andromeda galaxy (in 4 billion years) and the end of the Sun (in 5 billion years).

Theories say that supermassive black holes would be all that would remain following the inevitable Big Rip. (CREDIT: Source)