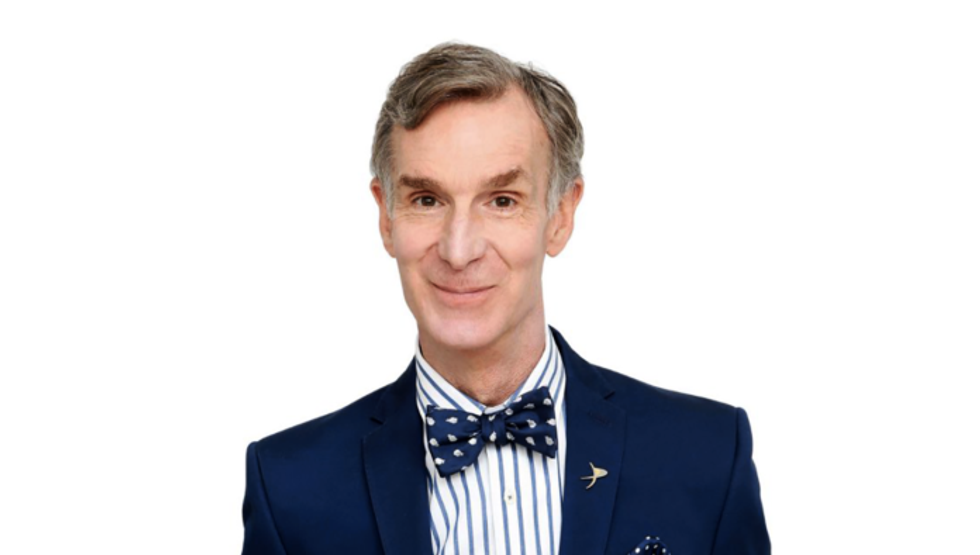 In a new video, science educator Bill Nye expressed his frustration over “science illiteracy” and the mistrust of science in the United States, particularly with our nation’s leadership. He contrasted the frantic response to Ebola epidemic to the shrugged shoulders that climate change so often receives.

“People aren’t afraid of dying as much as they’re afraid of how they’re going to die,” he said, “and the ebola death looks horrible… and what’s making it worse––in Africa in particular––is scientific illiteracy, people not realizing that these microorganisms can pass from one to another… By having a population of people who don’t understand germs and how serious they are, a germ gets spread really readily.”

“As far as people freaking out here in the US, it’s appropriate,” he continued. But “the same legislators when it comes to climate change say, ‘I’m not a scientist, I can’t have an opinion on climate change,’ sure have a lot of opinions on ebola.”

Nye took specific aim at science illiterate leaders. “There’s a faction of our leaders, elected officials, who continually cuts the budget for the Centers of Disease Control, which to me, reflects an ignorance of how serious germs can be.” After noting that the 1918 Spanish Influenza pandemic killed more people worldwide than those who died during World War I, Nye said “it’s very reasonable” that researchers, will develop an ebola vaccine. “But at the same time,” he warned, “don’t curtail research in other germs… That’s not where you save money, Congress.”

He also lamented the state of science education nationwide. “The United States used to be the world leader in technology,” Nye said. “[But] when you have this group of leaders… are setting the United States back, and alternately, setting the world back.” Nye also drew upon his engineering background to make a call for individuals to “stop and appreciate” the many “complicated” systems which convenience modern civilization.

Understanding the way things work, from the most basic levels, he argued, is the key to an educated citizenry. He used the example of how quickly the automotive industry response to product safety issues, in part because the population is attuned to cars. “I, as an engineer, just want to remind people

how many moving parts there are in a car and how well they work. I’m not making excuses… [these things] are absolutely a result of science literacy, of having a population of people who understands the significance of science in our everyday lives.”

Eschewing scientific research, Nye concluded, “is not in anybody’s best interest.” But to Nye, legislators have collectively fostered a mistrust of science in the United States. “Somehow I find it very frustrating when stuff like that happens and we all take it for granted,” he said. “Let’s all start pointing fingers without realizing what’s involved.”

Nye has taken science illiterate leaders to task before. He made headlines in April after he lambasted Republicans for their long history of climate change denial. This denial, Nye believes, is contrary to near universal agreement from the world’s top researchers that global warming is not only taking place, but that humans are the main cause. “There’s still a very strong contingent of people who are in denial about climate change,” Nye told CNN at the time. “And if you don’t believe me, look at the three people currently running for president of the world’s most influential country who are ... climate change deniers,” referring to the then three Republican presidential candidates, Donald Trump, Sen. Ted Cruz and Gov. John Kasich.