The Coast Guard Just Took Down Their Tip Sheet to Employees for How to Get Through the Government Shutdown Without Pay, and We See Why 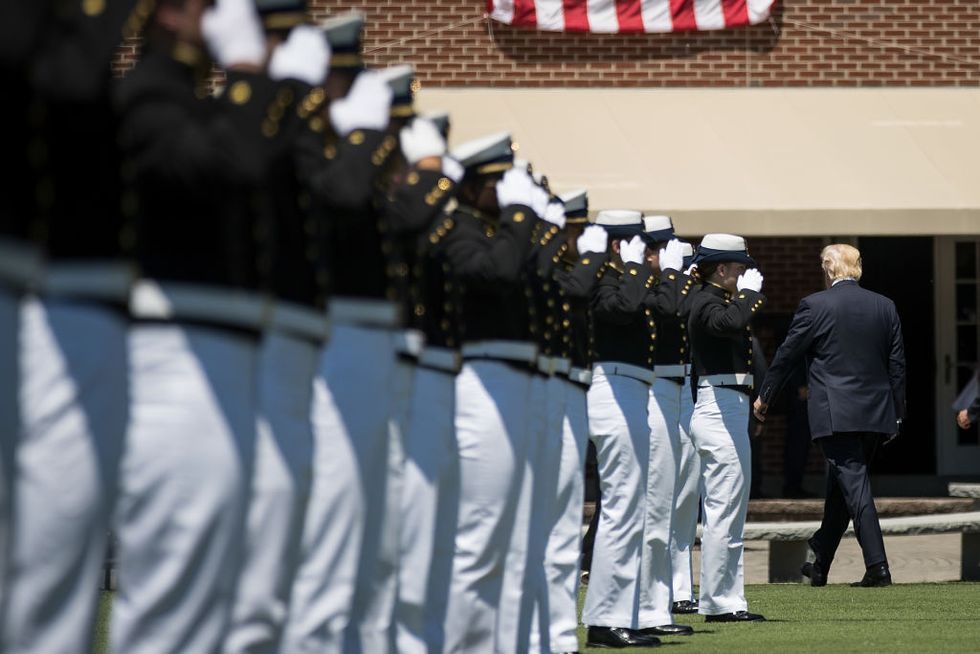 NEW LONDON, CT - MAY 17: US President Donald Trump walks past members of the U.S. Coast Guard as he exits the commencement ceremony for the U.S. Coast Guard Academy, May 17, 2017 in New London, Connecticut. This is President Trump's second commencement address since taking office and comes amid controversy after his firing of FBI Director James Comey. (Photo by Drew Angerer/Getty Images)

The government shutdown has stretched into its 20th day and President Donald Trump seems less and less amenable to relinquishing a $5 billion dollar allocation for a wall at the southern border—one that most Americans don't want and a tactic that has proven to be ineffective.

As a result, 800,000 federal employees have been furloughed or continue to work without pay. Among those are members of the United States Coast Guard. Unlike other military factions—which are funded by the Department of Defense—the Coast Guard is funded by Homeland Security, whose budget expired with most other departments on the first day of the shutdown.

The Coast Guard released a memo for its service people on how to cope with the absence of a paycheck. Seeing as members of the Coast Guard are often the first to respond during national disasters and other domestic emergencies, some of the suggestions are insulting, and highlight just how unstable livelihoods have become in the wake of the Trump shutdown.

The tip sheet—which has since been removed—urges servicemen and women to begin having garage sales, babysitting, and becoming "secret shoppers" to offset the lack of pay.

The document even goes on to present bankruptcy as a final option.

And there was one person to blame.

Donald Trump was vilified for holding the pay of brave men and women hostage.

@DanLamothe @Fahrenthold I am thinking the Office of Personnel Management is a good place to cut costs.
— Jerry C (@Jerry C) 1547070098.0

@DanLamothe @DavidFutrelle How about a huge march on Washington that ends in front of wherever the big ugly heartle… https://t.co/GeDIVeCZHy
— Jamie Schler (@Jamie Schler) 1547100007.0

Trump continues his refusal to reopen the government. We can only hope it's reopened soon and that brave Americans can get back to work.