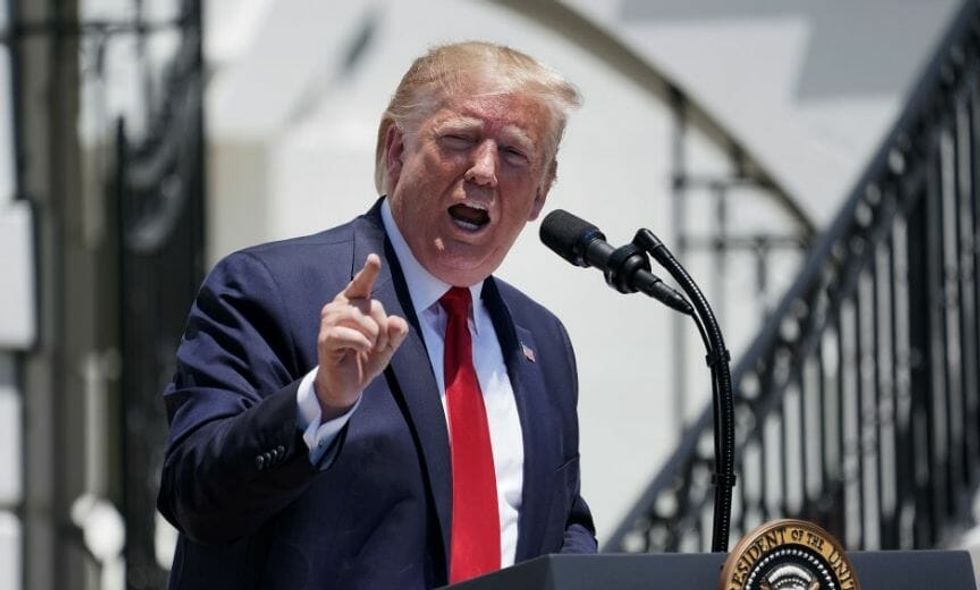 President Donald Trump continued his attacks on congresspeople of color this weekend by targeting House Oversight Committee Chairman Elijah Cummings (D-MD), chastising Cummings over the conditions of Cummings's district, which includes the city of Baltimore.

Trump called the city "rat and rodent infested mess," tweeting that "no human being would want to live there." In further tweets, he claimed that Cummings, an activist on the front lines of the Civl Rights Movement in the 1960s, was a racist.

A lot of the rhetoric in Trump's tweets sparked criticism, but the claim that Baltimore is "rat-infested," struck a particular chord. Trump has used the word "infested" to describe a variety of situations since even before his presidency, and he tends to use the word in association with people of color.

Now, an April tweet from Bloomberg reporter Jennifer Jacobs is pointing out that the White House, for Trump, may be a glass house when it comes to so-called infestations.

In fact, workers at the White House may be looking for the wrong rats.

Since Trump's tweets, critics have published a number of scathing responses. Most notably, a response from the Baltimore Sun in an editorial titled "Better to have a few rats than to be one," which states:

"Finally, while we would not sink to name-calling in the Trumpian manner...we would tell the most dishonest man to ever occupy the Oval Office, the mocker of war heroes, the gleeful grabber of women’s private parts, the serial bankrupter of businesses, the useful idiot of Vladimir Putin and the guy who insisted there are “good people” among murderous neo-Nazis that he’s still not fooling most Americans into believing he’s even slightly competent in his current post. Or that he possesses a scintilla of integrity. Better to have some vermin living in your neighborhood than to be one."