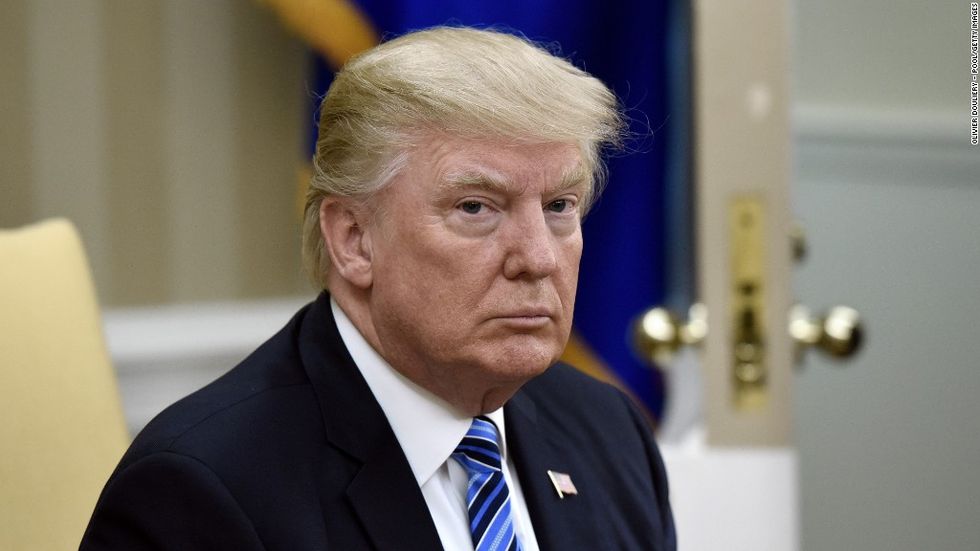 We're used to seeing Donald Trump lash out at Democrats and the media on Twitter, but on Sunday, it was Republicans who were the target of his ire.

He started out normally enough, calling the Russian investigation a "witch hunt":

Trump then turned his fire on his fellow Republicans, whom he scolded for not "protect[ing] their president."

It's very sad that Republicans, even some that were carried over the line on my back, do very little to protect their President.
— Donald J. Trump (@Donald J. Trump) 1500840872.0

What set him off?

Earlier that day, Trump spokeswoman Sarah Huckabee Sanders signaled to ABC's This Week that Trump would sign a Russian sanctions bill that curtails his ability to remove sanctions against Russia.

"We support where the legislation is now and will continue working with the House and Senate to put those tough sanctions in place on Russia until the situation in Ukraine is fully resolved," Sanders told ABC's "This Week" program.

On Saturday it was announced that members of both houses of Congress had come to an agreement on the bill, which had previously been overwhelmingly passed in the Senate yet had been held up in the House. Because the measure has strong Republican support, it was seen as a broad bipartisan rebuke of the President.

According to The New York Times:

The House version of the bill includes a small number of changes, technical and substantive, from the Senate legislation, including some made in response to concerns raised by American energy companies.

Those tweaks — and the addition of North Korea sanctions to a Senate package that included only Russia and Iran, months after the House approved sanctions against North Korea by a vote of 419 to 1 — helped end the impasse.

The Trump administration had previously expressed opposition to the bill because it limits Trump's ability to curtail any of the sanctions imposed on Russia, one of Vladimir Putin's top goals. There was speculation that Trump would perhaps veto the legislation, but Sanders's comments on Sunday seemed to put that notion to rest.

House Majority Leader Kevin McCarthy confirmed the House would take up the bill on Tuesday.